Getting blood out of a stone 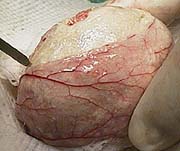 Among the chattering classes debating the usefulness of economic analysis has become the topic du jour. Economists seem to be as clueless as anyone else when it comes to understanding the global recession, let alone dealing with its consequences.

Stealing a car is perhaps not the most obvious activity that economists would pay attention to. But it turns out that car theft is the perfect example to show how people react to incentives.

So there you go! Stop chattering and get with the program. The rest of the post is below the fold.

The National Motor Vehicle Theft Reduction Council just released a ranking of the cars most popular among Australias thieves. Perhaps ordinary, law-abiding citizens would assume that if you were a thief you would go for a recent model of an attractive brand. But that only shows that they have never seen the world through the eyes of a rationally thinking thief.

The problem with newer cars is that they are fitted with modern security technology, including immobilisers. This is also the main reason why car theft has fallen from a level of about 130,000 in 2000 to under 60,000 last year.

But the increased use of immobilisers has left older cars a more attractive alternative for thieves and so the Ford Falcon EA, last produced in 1991, topped the list of Australias most stolen cars. Which leads to another question: Why bother stealing a rust bucket? Yet again, its incentives that matter: Yesteryears high commodity prices ensured that scrapyards paid up to $400 for such a large car.

There is hope for drivers of old Ford Falcons though, thanks to the economic crisis. Fallen commodity prices have reduced the scrap value of their vehicles to just $10, and who would risk criminal prosecution just for a tenner?

Chances are that Australias car thieves will soon go out of business but economic analyses remain as useful as ever.

I’m not surprised that the CIS didn’t mention that this was one example of regulation working. Australian Design Rules have required anti-theft technology for around a decade – though the market forces people would (rightly) point out that quite a lot of the progress would have occurred as a result of market forces. (People will pay not to have their cars stolen). Generally speaking my guess (that’s all it is) is that this piece of regulation was probably worth it – but then I think the cost of crime is larger than its pecuniary cost. Other ADRs are less justified – including the one that continued to require steering locks for years and years after they’d been made redundant by the technology that is actually making a difference.

CIS obviously doesn’t hang around on the streets or talk to cops.

Most cars are stolen in lieu of a taxi fare, train ticket, shank’s pony or jus for a bunch of idiots to go for a burn.

The value doesn’t come into it.

So you object to the word ‘theives’ then? I tried ‘theicves’ but it didn’t look right.

Nicholas! Thceives, not theicves. It’s i before e except AFTER c. :) Except theives and, no doubt, several others words that will fill up the comments thread.

To be fair, rog, in addition to poor spelling, there is also poor typing. I, for example, did woodwork in primary school – a skill I have never required. Girls, in the early and mid 1970s, did typing and needlework, the only skills that I have otherwise required.

Just while I was keeping on digging. Like you say – ‘thceives’. That looks much better.

Hmm…I was assuming Nicholas did actually realise he got “thieves” incorrect…but Sinclair seems to believe (beleive?) that it is actually one of those pesky exceptions that plague our weird society…

Well Done. NPOV’s contribution will take a lot of beating.

“Except theives and, no doubt, several others words that will fill up the comments thread”

Can I seize the moment to be the first, you codeine taking sheila that should eat more protein and take more leisure time.

Your contribution is insufficient. Neighbouring exceptions of different types are required. My reign, scientifically speaking, is unchallenged.

Looks like a weak rule to me, but spelling will lose popularity once Engrish becomes the new world language.