The right thing at the wrong time 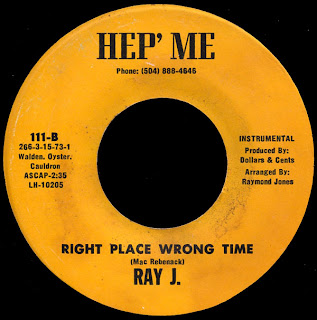 I was once on a tram in Melbourne and got talking to the woman next to me.  She asked what I was doing and I told her that I was down from Canberra for the day.  I told her that I was advocating a particular policy.  Being the son of an academic I was brought up to believe that the most influential ideas were those that were best argued and which were advocated by people who did not have a direct interest in the stake of the argument, because then their advocacy was tainted.  I told her that I had discovered that this was wrong.  No-one took you seriously at all unless you had some position and even that was less important than representing someone great and powerful or at least large and wealthy.

I had discovered that this was true, not just with governments in general but even of organisations that, it seemed to me, ought to have the same values my father taught me – like the Industries Assistance Commission.  In any event, it was not so. So I was in Melbourne visiting a large company who stood to gain significantly from the policy I was advocating.  I was trying to persuade them to pay me to advocated the policy either on their behalf.  She was rather taken with this.  Anyway our conversation went on in various other directions.  As I got off the tram she said to me that she thought what I was doing was a good thing and that she had little doubt that with perseverence I would be successful.

It was one of those rare moments in which I responded appropriately rather than suffer from l’esprit de l’escalier.  I yelled back down the tram as the doors were opening.  “Yes, I’ll persevere, and I expect I’ll be successful at persuading people at about the time that it becomes the wrong thing to do”. In any event, I thought of this reading Robert Gottleibsen’s column today.  It’s a good thing to bring down the extent to which people borrow to buy their first home – zero deposit home loans are unlikely to be a good part of the landscape, at least if they’re a major part. Now banks are reducing the extent to which they’ll offer them.

Trouble is, it would have been a great thing to do a few years ago to moderate the boom.  I doubt it’s a smart thing to do right now. Yet the new credit regime may help do it (though I’m not sure it’s a big problem) and the banks are now reducing the loan to valuation ratios they’ll offer people, not really because they’ve found the risk unacceptable (in which case they would have done it roughly from September on as the GFC hotted up) but because, government guarantee in hand enabling them to raise lots of money, some are going off on acquisitive foreign adventures.  Is this sensible?  Possibly, but not using an Australian Government guarantee.  Still, it helps keep the senior executives’ bonuses up which is obviously something we’d all be keen to do to make sure we’re ‘competitive’ in the international labour market for top banking talent.

Yes, it is a bad law, but at any time I think. I believe that type of law will lead to hindsight reassessments of situations viewed through a consumer complaint following an unhappy outcome with the borrowing. Banks will get blamed for many things that are not their fault. Plus, I’ve always thought it better in laws to assume adult competence rather than the reverse. Sometimes things that sound like a good idea cannot be expressed in a law without bad unintended consequences.

If the new law only stops bad lending then you would not complain about it being inappropriate at the moment. Clearly the law will lead to banks erring on the side of caution, which I expect is your fear, and that will be a brake on economic activity at any time.

Disappearance low and zero deposit loans may be more a result of mortgage insurers jacking up (remember the major Australian lenders require mortgage insurance if the loan is more than 90(?)% of their valuation of the property). Mortgage insurers may have been having a rough time over the last 12 months.

A second factor is the first home-owners’ grant. The fact that someone can front up to a bank with $21,000 or even $14,000 as a deposit used to provide some evidence that the person was capable of saving (or had rich relatives who could guarantee the loan). Now any spendthrift who has not previously owned a home can show up with that amount. At least a couple of the banks have publicly said that they want to see their customer have some skin in the game.

A third factor is that Australian banks have always placed strong emphasis on determining capacity to repay. In the current climate I’d expect that they are looking at capacity to repay even after interest rates go up 2 or 3 percent.

Unlike US practice, banks here never outsourced the decision to lend to commission-driven brokers who it seems in recent years, never gave a damn about capacity to repay.

A final consideration: lo-doc and subsequently no-doc loans were aberrations that evolved from non-conforming loans. Small business people who did not have a steady wage couldn’t qualify for housing loans under the cookie-cutter rules used for approving most housing mortgage loans. (In fact if small business people didn’t own a home that they could put up as security, they couldn’t get a business loan either.) Eventually, banks started taking more interest in small business and, with improved commercial data availabity, developed confidence that they could prudently lend outside cookie-cutter guidelines.

Those with long memories will recall that following the 1987 stock market collapse, a lot of hot money rushed into commercial property development. The commercial property market collapsed in 1990. NAB sailed through the period serenely and subsequently promoted Don Argus, who had been head of credit, to MD. Westpac did not do well, but managed to stave off collapse.

There are probably quite a few bankers still in the system who found that a character-forming period, one of the reasons that the Australian system has weathered the current GFC as well as it has.

In announcing its half year results yesterday, NAB indicated that its general provision for bad and doubtful debts had increase from $2.4 billion in March last year to $3.5 billion at March 31 this year. Yes, in the worsening economic climate, businesses will fail; some mortgagees will lose their jobs. John Reed, a former chairman of Citibank is said to have threatened that he would sack any lending officer who had never made a bad loan, although surely he would have sacked one who made too many.

Now that’s a cover (both meanings) of a Dr John (Mac Rebenack)song I haven’t heard. The cover by Ray J (Raymond Jones aka Raymond “Senator” Jones) I mean. I’ve heard the original.

[…] reminded me of this post from a couple of years ago by Nicholas. Being the son of an academic I was brought up to believe […]