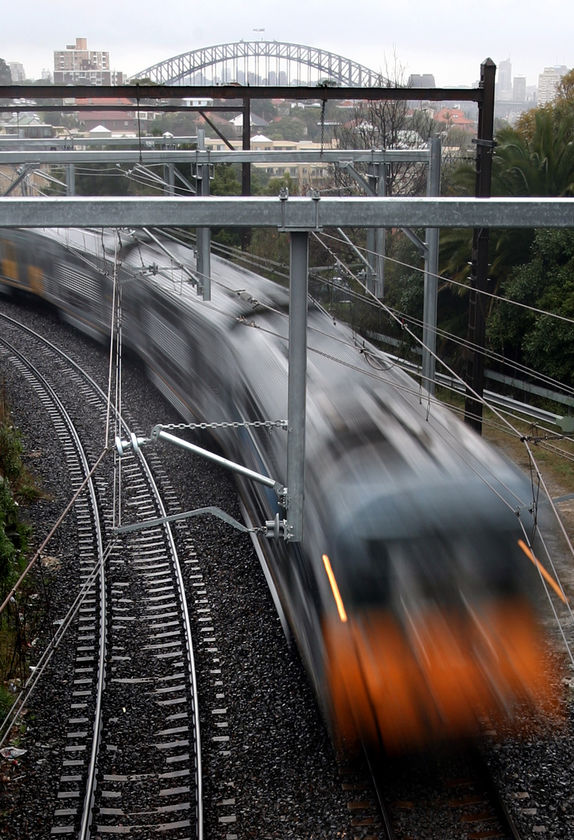 The Sydney Morning Herald has been trumpeting a study they supported by on the future of Sydney’s public transport and urban structure. Beneath the being overly pleased with themselves, with we’re above petty politics harrumphing there is a genuine effort to talk about the policy issues in depth. That’s a big relief compared to the usual scandal mongering and whinging vox pops that we usually get from the media on the issue.

A major theme in the study is differing potential models for future development. One is a European model, which is described as a web of transport routes and urban centres across the metro area, which is officially the current plan. The other is an East Asian model which is described as a small number of dense urban centres from which public transport spokes extend, each covered by a spine of high rise residential developments and with land prices that rise exponentially with their access to these centres. The report reckons that we’re headed to the latter, which is A Bad Thing.

I am not convinced this is solely a issue of government policy though. A large part is due to decisions made by companies on where to provide jobs, and subsequently where the transport infrastructure is forced to be built to relieve what is already there. More specifically it’s about where the management of these companies decide to site their operations, particularly compared to what you might expect firms to do. I think this is partially an issue of corporate governance.

Why are companies intent on putting so much of their operations in such a narrow number of places, leading to these dense spoke systems? In NSW; The CBD, North Sydney and Macquarie Park? Why aren’t they willing to put more of these operations in outer suburbs where places like Norwest Business Park are keen to have them, or in regional centres or elsewhere? There’s good reasons why a self interested company would consider it. The rent is cheaper for a start. Workers are probably willing to trade off salary for a shorter commute as well. I think most accept a lower salary if their work doesn’t require them to live in expensive suburbs; suburbs expensive mainly because you can access jobs easily. And workers with smaller commutes are likely happier, more well rested and probably more productive.

There’s a number of possible reasons why a self interested company wouldn’t.

a) The value of networking. Workers need to be in contact with other workers and firms in the modern knowledge economy. I don’t think this explains a lot. It may be true for a variety of worker, but not most. A worker comes into a building, spends all day at their desk, eats lunch there and goes home. They do all this in front of a machine that is literally built for networking and is packed with features to do so from almost anywhere! They’re certainly not using the location itself to network. Macquarie Park, originally envisioned to link Macquarie University to corporate Australia, hasn’t even seen enough need for many footpaths, so little is the need to move between buildings.

b) They need to place themselves where the workers are, or in places the workers want to work. Of course, if the first part was true, why would there be a transport problem with clogged arteries out to outer suburbs or the Central Coast ex-urbs? The latter part doesn’t ring true. Macquarie Park has no real appeal and North Sydney and the CBD lack almost any urban appeal for the specific reason they are now just business parks, packed with offices and sombre suited and expressioned workers.

c)Firms need prestige locations for signaling. Just like banks used to signal their wealth (and hopefully solvency) by building absurdly ornate buildings, financial institutions now use prestige locations for the same purpose. This rings true a little. It does dovetail with the lack of appeal mentioned above using Jane Jacob’s model of self destruction of diversity – where financial and corporate offices seeking the prestige of an area create a homogeny that destroys the appeal they’re seeking. It can only explain so much and most industries have easier ways of signalling the quality of their service/goods.

What I think is happening is a typical corporate principal-agent problem. The executives of these businesses are siting operations based on two considerations of personal, rather than the companies interest. They want the personal prestige of an office location, and more importantly, they want to minimise their own commute.

There’s fairly limited limited housing options for a status seeking manager, and if you invest the time and effort and schmoozing it takes to climb the corporate ladder, you’re probably much more status obsessed than most. Whilst in most places suburbs rise and fall in relative prestige due to man factors, geography and harbour views mean that in Sydney the Lower North Shore and Eastern Suburbs are very stable in this position at the top of the heap.

The managers chose to live there, but they don’t want a long commute any more than anyone else, so they’re likely to make sure their workplaces are where they can get to them easily. It helps explains Macquarie Park, just over the Lane Cove River from the Lower North Shore as well and its success compared to rival business parks. Macquarie Park was also well off existing train routes until clogged roads forced a train line through last year which adds creedence to the idea that development isn’t just following the options provided by public transport.

As for the Western Suburbs? Regional centres? Buggered if I’m going out there!

And in person networking probably does help when you’re getting each other elected to each other’s boards and having pissing contests, in so far as these things help the company at all.

Of course, this means they pay more for real estate and wages and have less happy and productive workers, but they’re not going to be called on it. The smaller shareholders aren’t going to use their questions at the annual meeting to complain when there probably more vexing issues, and the heads of the institutional shareholders are probably guilty of the same sins. The employee’s ability to respond is buried by monosonistic alternative options.

Complaints about limited liability companies and the structure of corporations aren’t exactly new or confined to certain political beliefs. Real concerns about the financial and ethical decisions they lead to go back to Adam Smith at least! 300 years without easy answers probably means there aren’t many. Still, these problems bear considering.

Maybe if there was a form of stakeholder capitalism here things would be different. Say, if we had representatives of employees on the board like European companies, our urban outcomes would be, in Christie’s terms, more European. That of course would also bring a whole bunch of other issues .

Alternatively, a hypothetical world where companies in and of themselves are maximising agents, we would end up in urban places that required less massive infrastructure for funnelling people and less trade offs of wages for commuting time. Such companies would probably result in less savoury results as well.

All I can say is the system of corporate governance in a country can have quite far reaching effects on almost any aspect of life. Society is complex.

Richard Tsukamasa Green is an economist. Public employment means he can't post on policy much anymore. Also found at @RHTGreen on twitter.
View all posts by Richard Tsukamasa Green →
This entry was posted in Art and Architecture, Economics and public policy, regulation, Uncategorised. Bookmark the permalink.