Posted on September 1, 2010 by Nicholas Gruen 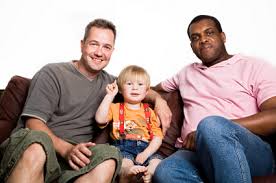 Well it kept me in suspense until the last few pages.  The speech is well worth reading and is here (pdf).

Well, I guess if you know you are going to get voted out, you may as well bring up legislation that everyone else is afraid to. It will be interesting to see how the rest of the NSW parliament actually vote.

Conrad said what I was going to say. It’s a depressing thought.

I also thought the speech could have been one page long, skipping the theological considerations altoegethr, and been just as persuasive.

All the same, it’s good to see a Labor leader come out on the side of the angels, Keneally’s heart is definietly in the right place, but she has trouble getting the message out. When David Campbell resigned, she condemned society for forcing him to keep his activities secret. In fact, the main shame was that he (presumably) had a promiscuous sex life outside of his marriage and deceived his wife and family, and it would have been a shame irrespective of his sexual oreintation. Nonetheless, even if the Premier got the issues a bit muddled in the heat of press conference, she was showing some genuine empathy.

“The Catholic Church upholds the primacy of conscience, and teaches that individuals must follow their own.” This is not my understanding of what distinguishes the Catholic Church. In fact, the main difference between the Catholic and other Christian churches (apart from celibacy of priests) is that the Catholic Church has strongly centralised its governance and interpretive function. The position of the Pope is supposed to be extremely important, if not completely compelling, to card carrying Catholics.

Anyway, let’s put Keneally’s Catholicism aside and just talk about Christians. She rightly notes that none of the Gospels records Jesus specifically addressing the issue of homosexuality. She goes on to look for clues about his attitude in other pronouncements. But I think this is premature. Jesus lived in a time where homosexuality would have been totally unacceptable. He would have seen homosexuals ostracised and even punished. They were clearly an oppressed group. He chose to say nothing about it at all. This, a man who was more than prepared to challenge prevailing orthodoxy. The only conclusion I can draw is that Jesus shared the beliefs of his time, namely that homosexuality was a sin. One can say the same about Jesus’s attitudes to women and I find it hard to take Christian feminists seriously either. On the basis of his teachings, you have to accept that Jesus was not infallible on matters of ethics. Which kind of undermines the whole edifice. Either that, or accept that the bible was heavily censored by the writers, which also undermines the authority of the bible and the churches that interpret it.

So let’s drop the whole Christian angle. Is it a good idea to allow same sex adoption of the roughly 20 kids that are put up for adoption each year? One presumes that the demand for adopted kids is literally thousands of times larger than this. So you would expect that the chosen parents will be the best damned parents you could imagine. I do not know how they are chosen but I expect they would be near ideal in almost every dimension you can imagine.

Here is the only part where my values come into it. All things being equal, I think it is better for parents to be heterosexual than homosexual. Some homosexual parents could probably do a fine job, and some heterosexual parents will probably do a terrible job, but if I am trying to find the best 20 parents out of 20,000 I would, as harsh as this sounds, drop the homosexual parents off the list. I would also drop those who were unemployed, or who had poor health, or who were poorly educated etc etc. If there were 20000 kids for adoption, its would be a different matter.

So the legislation is OK, but if they are really going to allocate kids to parents to maximise their outcome, in practise I do not think homosexuals will end up being able to adopt any of the local kids. They just won’t be at the top of this list. At least they shouildn’t be. I am sorry for that. But then I am sorry for all couples that are infertile.

There’s a big meta-analysis done by the Australian Institute of Family studies, and their conclusion was that gay parents did pretty much the same job as straight ones in terms of childhood outcomes. Now, most of this data comes from pretty liberal places where you can ask this type of question, but in the end, what it tells you is that in pretty liberal places like Australia, you are simply appealing to what are probably incorrect prejudices about who is and who is not a good parent.

Also, even if there are tiny effects that they couldn’t find across multiple studies, they are just that — tiny. There are of course much more important factors, like SES, that arn’t tiny, so I guess by your account we shouldn’t let poor people be parents (why stop at the unemployed?). What the heck, let’s only let rich people be parents, since they can send their kids to Carey, and those kids will have better outcomes than middle class ones who can’t afford the 30K per year.