Doors duty and other daily duplicities 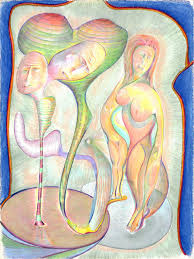 I was unaware of “doors duty” as recently outlined by Annabel Crabb, but, I can’t say I’m surprised. Anyway here’s her explanation of what it is.

I remember having a conversation last year with a Labor backbencher who had been on “doors duty” during a sitting week.

You know the footage you see on the evening news where politicians are arriving at Parliament and are stopped by reporters as they walk in the building?

Lending the impression that they have been caught unexpectedly?

Yeah, well, the Rudd government actually had a roster for which backbenchers would “accidentally” wander past the cameras each morning.

(Anyone seriously wishing to avoid the cameras would simply enter through the carpark, and usually do).

The backbencher told me that his “doors duty” involved turning up for a pre-dawn coaching session with Rudd’s media adviser, after which he left Parliament House only to nonchalantly “arrive” at the Reps door, to offer a few chance remarks.

After this bizarre morning’s work, the backbencher rang Rudd’s office for a performance appraisal.

“I think I went okay, but none of the news services seem to have picked up anything I said,” a somewhat crestfallen backbencher reported.

Surely there is something wrong with a world in which so much training and preparation can be put into not getting on TV.

I’ve always been uncomfortable with black and white moral distinctions in assessing the media. Even when the cash for comment scandal got going, and as disgusting as the story was, for me it wasn’t much more than a logical extension of commercial media. After all, speaking economically and commercially, the ‘content’ we’re supposed to be interested, the content that gives the particular medium whether it’s a newspaper or a TV or radio program its identity is there as a honeypot to get eyeballs looking at ads. And the media is duplicitous. Putting on a show is duplicitous.  You have the set, which is all pretend, and the 7.30 report goes to air at, yes, 7.30 each night, just like a West End play, which looks kind of real to the audience, but is all put on if you see it back-stage.

The 7.30 report is performed. It’s performed by everyone, Kerry, the guests, everyone. When the 7.30 Report set is ‘live’ (before and after it is a desk and some props in a dark dusty room) no-one speaks in the same kind of voice they’d use when they weren’t ‘live’. Like a filming an episode of Neighbours, it’s all for the cameras.  The whole thing is, everywhere and always, a delicate balancing act, a dance between what’s ‘on the record’ and what’s off the record. And when they film a ‘packet’ of you either in the studio or at your home or office, the crew will get you to do your own ‘doors duty’, which is to say they’ll direct you just as the actors on Neighbours are directed to open the door and come into the room while they film you, to flip through some silly report and pretend you are reading it, maybe make some notes on the report. And if you don’t do it the way they want, they ask you to do it again. I guess some people refuse to do their ‘noddies’ as this kind of thing is called, but there can’t be many. It seems churlish to refuse. What does it matter that the audience is being invited to believe that you’re reading the report, when the crew have just handed it to you, and you’ve never seen it before and wouldn’t want to read it.

But it all underlines the fact that one can’t really appeal to naive distinctions between truth and pretence or lie in thinking about the media. And it’s a small part of the story as to how practices like doors duty at Parliament House can grow up with nary a whisper of dissent or disruption from anyone. The whole show is pretend, in a sense the ultimate reality TV, the ‘set’ is the backdrop of Parliament House, but the whole thing is not what it seems. The person is not actually turning up for work, as he seems to be. Just as the only reason you’re walking through the door in your ‘noddies’ is because the cameraman told you to after he shot your interview. I guess Bismark’s comment about laws and sausages comes to mind. And when the Sunday crew turned up to film me as a Productivity Commissioner talking about waste and how a lot of the curbside recycling agenda was more wasteful than the waste it diverted from landfill, I told them that I wasn’t strong on some matter, so if they wanted to ask me about it, there wasn’t much I could say.  They responded with words to the effect of “Oh don’t worry, we won’t be trying to embarrass you. You’re going to be the ‘good guy’ in our story so if there are any bits where you seem ignorant, we’ll edit them out”. And the show went on. But the guy who said that to me didn’t seem to realise that the duplicity, or in this case stage management, had gone too far.

This entry was posted in Media. Bookmark the permalink.

10 Responses to Doors duty and other daily duplicities