A self-denying ordinance for exchanges 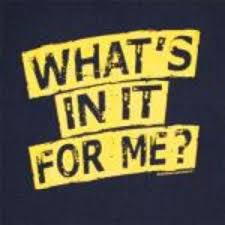 In a recent post I noted the massive investments that are going into moving the servers of traders for hedge funds and such like as physically close as possible to exchanges so as to get a few milliseconds ahead of their competitors. I proposed this solution

I was thinking that this solution would need to be a regulatory one. But when I thought about it (this was in the shower – as usual!) it seemed to me that exchanges actually have an incentive to do this themselves. Why? Because, so long as the thing that’s traded is only traded on their exchange, they can add value by privately regulating in the same way that a sporting stadium has an interest in privately trying to stop everyone standing up to see the game. It’s in everyone’s interest not to have to spend lots of money moving and optimising their computer set ups.

Except those that have already done it and perhaps those who think that they might do it better than others – or have more money to do it. Of course observing this interest is not the same thing as convincing the bureaucrats inside such organisations to change their ways, but it’s nice to have self interest on one’s side.

Oh Troppodillians, prithee relieve me of any errors in this analysis.

This makes sense. This kind of arbitrage is the kind we should eliminate.

This was basically the point that I made in comments on your previous post, but your response was that I needed to develop some curiosity and read more.

Glad to see that you have finally got the point.

Dave, there’s an urgent need for you to attend a clear writing course.

Ok. Now you’re telling me I cannot read or write.

Despite these disadvantages, I realised in about 10 minutes what it took you 10 weeks to understand.

Is that clear enough?

No it’s not very clear, but I am prepared to trust you that you are a very clever fellow. In fact I would not be surprised if you were very clever indeed.

Well thank you Nicholas. I will take that remark at face value, although I am not at all sure how it is intended.

Alternatively, is there hope that purchases will be prevented from return to sale within a short period of time – say 1 day? The intention being to ensure that purchasers stand by their decision for at least a short while. The downside of this would be that individual shares would need to be identified at the time of each sale.

I don’t follow. Once you order, you’re in there if there’s a trade and you remain in for each successive minute interval until you get your stock or you withdraw your order.

I really don’t see what the problem is. I went back to look at the previous thread you wrote about this and I think it was prompted by the flash crash. Is that the one?

I went through the comments and amusingly SJ has referenced comments by my former boss in another life who was never never really a trader and isn’t one now seeing he runs the Prime Brokerage side. Prime brokerage is essentially a facility that allows funds to trade under the banks name.. or rather the banks supplies services that may require credit risk. It’s not trading.

Markets hit air pockets at times. I’ve seen it even in currencies when even in the euro/US a historically hugely liquid currency pair we once fell 450 points (2.25%) without seeing a bid.

People do it too. In the old days before computers if you were dealt a large position in the say Swiss Franc a trader would cover that risk by doing the opposite in the Euro as the Euro/Swiss cross is far more liquid and exit though the cross.

All this creates a lot more trades.

That can also be done in stocks where there are established relationships in pairs like GM/Ford (in the old days).

If a stock trader is dealt a large position in a line of stock he may reduce alpha risk by simply hitting the index futures and then slowly release the risk in smaller amounts without hitting the market.

Others sees opportunities when there are relationships between stocks and attempt to take an opportunity to arb out any potential differential.

We don’t see a lot of the trades going through, as a large line of stock are only registered at a later time as it is bid off market.

For instance Goldman’s could be given a huge line in say Citigroup and they need a predictable market to be able to get out, otherwise the mutual fund they quoted the position off will not necessarily get the most efficient price.

You hit air pockets at times. No one gets killed and life goes on.

It prompted by what I said it was prompted by. The waste of tens or hundreds of millions of dollars to allow traders to beat each other by a millisecond. This is the same kind of waste of resources that is involve if everyone stands up at the footy when if everyone sat down they’d all be better off.

How you can read the two threads and come up with what you’ve written beats me.

I can’t see how my proposal would have any effect on liquidity.

From what i understand your proposal is essentially a form of a fix or a variation of a fix.

There are numerous markets that have fixes. Our very own Australian market actually has two: as it opens and as it closes. You can trade at either of those times if you prefer that sort of system. A program is used to decide the optimum price depending on the order structure and it’s matched at the weighted average. In fact it’s called “the matching”. A lot of people don’t like to trade like that because they prefer to have command in terms of where they buy and sell.

The NYSE is a specialist based system and depending on how you place an order the specialist will execute the trade in a optimum sort of way.

There are lots of markets that act in the sort of way you suggest but just not for everything or all the time.

I really don’t see how millions of dollars are wasted. You mean by spending money trying to establish as close as possible to the exchange? People are trying to get a leg up all the time and then that eventually goes away. It’s arbed away.

You can’t prevent markets doing what they did the day of the flash crash. It occurred principally because of an order imbalance where a large order came in from a fund and there weren’t too enough bids on the other side. From what I recently read the placing of the order was badly managed too as there was no limit placed to the execution.

If we had a fix, or your arrangement and that order came in, the drop would have been just as large as there just weren’t enough buyers to absorb the buying at that point in time.

Ok. Now you’re telling me I cannot read or write.

Despite these disadvantages, I realised in about 10 minutes what it took you 10 weeks to understand.

The special trick of clear writing is to make the other guy understand. It’s a lot more difficult than it looks. I seem to recall mentioning something myself about it being in the best interest of the exchange to level the playing field as much as possible.

… that exchanges actually have an incentive to do this themselves.

If you want another specific example: online multiplayer games have tended to go towards a limit to the number of “moves” the players can make per day, in order to level the playing field between casual players and “mum’s basement” players. The idea being that no one finds it fun getting clobbered by someone who has absolutely no life and only wins by persistence rather than careful strategy. The game designers are aiming for maximum overall participation (long term) rather than maximum number of moves played in a single day.

But just one moment here, in the thread on house prices we agreed that speculation is evil, shouldn’t we be trying to shut the stock exchange down rather than improve it?

Your footy analogy is predicated on there being negative externalities in the market: that the HFTs make the market worse for everybody else. I still don’t see what these externalities might be (apart from the “flash crash” issue, which I don’t think was your point).

Indeed, I would think that, if anything, there are positive externalities, because the market becomes more liquid and quicker to accommodate new information.

I asked you a question on your previous post about how you think these putative negative externalities arose. Apparently my question was unclear, so apologies for that. In any case, you did not answer it.

Your second post implies some empirical support for the absence of negative externality, since if it was a concern then the non-HFTs would trade on their own exchange where HFT was prohibited. However, you put the lack of action down to “bureaucracy” rather than the absence of demand.

You may be right of course. But it does seem to be the case that all financial exchanges endeavour to make trading as fast as possible. Why do you think that they would do that?

We’ve got as far as we can here.

There are no externalities. There are avoidable costs. And I’m suggesting a way of avoiding them that doesn’t bring its own costs (it seems to me). But that’s it from me on this.