Posted on November 7, 2010 by Nicholas Gruen 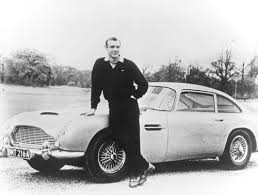 HT Three Quarks, I enjoyed this wander around the James Bond genre. How can we take such pleasure from such bad movies. It’s a mystery. I liked the essay and don’t dismiss the author’s principal explanation which is Freudian fantasy for boys. But I’m in the demographic he’s writing for – someone who grew up with Bond and the Beatles, so nostalgia is also part of it.

Once I was in some regional town for several nights – not sure what I was doing there – but I went to a James Bond double each night. I came to love the formula. The previous job gets finished up at the beginning of the movie (though this feature emerged later, enabling a big action sequence to begin the movie), bond is given the assignment, part thriller part mystery.  He then wanders right into the wolf’s lair. Usually he goes and talks with the most meglomaniacal baddie in the world, has a game of golf or poker with them. Then he wanders into their lair, sneaks around. Somehow no-one shoots him and with a barely maintained straight face starts pulling apart the machinery which, until he wanders into the lair was destined for world domination. I never much went for the sex which somehow isn’t sexy.  It was this beguiling and beautiful fantasy world.

Anyway, I wonder what other Troppodillians make of Bond. Oh and the best Bond? Well there’s no question.  You’re looking at him just up to your left.

This entry was posted in Art and Architecture, Films and TV. Bookmark the permalink.
Subscribe
Login
4 Comments
Oldest
Newest Most Voted
Inline Feedbacks
View all comments

Well I didn’t grow up with Bond (it was the generation before mine), but I get the same ‘guilty pleasure’ feeling from Bond. So I don’t think nostalgia quite explains it. Perhaps it’s something more primal, or perhaps, as the author argues later in his piece, it’s about a feeling of naughtiness from consuming something that you know intellectually to be in appropriate.

That being said, I’ve been reading the Fleming books for the first time via a collection I picked up for kindle and to be frank, I’ve enjoyed laughing at the pervasive and totally unvarnished, racism, sexism and homophobia. Obviously I don’t subscribe to these views – but there is something satisfying about reflecting on what society WAS like, laughing at the assumed (but totally midsuided) superiority of the author/protagonists and being thankful that I never had to live in a society like that.

Take Goldfinger for example (I highlighted a number of the more egregious quotes on my kindle so they are readily at hand):

‘Here’ – Goldfinger took the cat from under his arm and tossed it to the Korean who caught it eagerly-‘I am tired of seeing this animal around. You may have it for dinner.’ The Korean’s eyes gleamed.
…
‘It happens that I am a rich man, a very rich man, and the richer the man the more he needs protection. The ordinary bodyguard or detective is usually a retired policeman. Such men are valueless. Their reactions are slow, their methods old-fashioned, and they are open to bribery. Moreover, they have a respect for human life. That is no good if I wish to stay alive. The Koreans have no such feelings. That is why the Japanese employed them as guards for their prison camps during the war. They are the cruellest, most ruthless people in the world. My own staff are hand picked for these qualities. They have served me well. I have no complaints. Nor have they. They are well paid and well fed and housed. When they want women, street women are brought down from London, well remunerated for their services and sent back. The women are not much to look at, but they are white and that is all the Koreans ask – to submit the white race to the grossest indignities. There are sometimes accidents but’ – the pale eyes gazed blankly down the table – ‘money is an effective winding-sheet.’

Bond liked the look of her. He felt the sexual challenge all beautiful Lesbians have for men. He was amused by the uncompromising attitude that said to Goldfinger and to the room, ‘All men are bastards and cheats. Don’t try any masculine hocus on me. I don’t go for it. I’m in a separate league.’

Bond came to the conclusion that Tilly Masterton was one of those girls whose hormones had got mixed up. He knew the type well and thought they and their male counterparts were a direct consequence of giving votes to women and ‘sex equality’. As a result of fifty years of emancipation, feminine qualities were dying out or being transferred to the males. Pansies of both sexes were everywhere, not yet completely homosexual, but confused, not knowing what they were. The result was a herd of unhappy sexual misfits – barren and full of frustrations, the women wanting to dominate and the men to be nannied. He was sorry for them, but he had no time for them.

Bond said firmly, ‘Lock that door, Pussy, take off that sweater and come into bed. You’ll catch cold.’ She did as she was told, like an obedient child. She lay in the crook of Bond’s arm and looked up at him. She said, not in a gangster’s voice, or a Lesbian’s, but in a girl’s voice, Will you write to me in Sing Sing?’ Bond looked down into the deep blue-violet eyes that were no longer hard, imperious. He bent and kissed them lightly. He said, ‘They told me you only liked women.’ She said, ‘I never met a man before.’

It’s genuinely caveman stuff. But maybe with the benefit of distance the ‘guilty pleasure’ is being able to look back on it with a sense of amusement and smug superiority.

Yep, it’s Sean Connery who made the Bond movies. He was always the only really good thing in movies that were otherwise barely competent even as escapism. Oh, and maybe those gorgeous women.

Tim’s quite right about Ian Fleming’s books which are considerably worse about these things than the movies (bad enough as they are). His repressed homosexuality and associated misogyny was the subject of comment even in his heyday.

I’ll bite. Lazenby is the definitive Bond. Connery was cold and at times wooden early, and sleepwalking later on. Lazenby is certainly the Bond I wanted to be, before it ever registered that he was Australian. More wryly amused than Connery, but never merely comic. Genuine physical presence. Notably, Lazenby hit the notes far better than Connery in his first outing. (He then quit because he wanted to be a superstar and reckoned the spy thing wouldn’t last.)

And On Her Majesty’s Secret Service still holds up decades later.

Connery is like Helen Mirren, progressively moving upwards after he hit 50. From Russia with Love was terrific, though.

I wouldn’t read the books at gunpoint.

Nick, on your original question – how can we take pleasure from such bad movies – a first point is that we don’t take that much pleasure from a lot of them any more. A View To A Kill, anyone?

But efforts like From Russia With Love and On Her Majesty’s Secret Service stick in the memory, and the formula has been pretty successful overall.

The reason for that is not hard to find. Hussein Ibish belongs to the school of theorising that reaches very quickly for complex (and wordy! and Freudian!) cultural answers. The simpler starting point is to think of the Bond movies as delivery systems for a bundle of things that people like – beautiful women and handsome men, outlandish villains, stylish clothes, explosions, chases, exotic locations, danger, the trappings of wealth, the ability to escape from impossible situations, the right to do stuff that most people aren’t allowed to do. These things have cross-cultural appeal; the Bond movies do very well in Kazahkstan, Laos and Tanzania. And if you’re trying to put as much of this as possible on the screen in two hours, Bond is pretty much the second-best way to do it.

You could probably make Inception into a franchise, not that I want that to happen.