The glass ceiling and the variance of narcissism – UPDATE 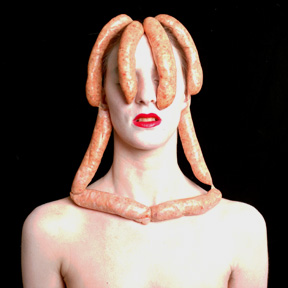 This piece suggests that the UK may implement quotas to increase the representation of women on FTSE companies. I appreciate the sentiment. Even though it’s hard to find someone who will explicitly state that women are unsuited to positions of power, the corridors of power both in government and in the corporate world are still very much a sausagefest. For those who think that there is nothing in maleness that makes a better leader, the urge to force something through is strong since apparent watersheds in the past have done little – 30 years after Thatcher was elected where are the women in UK politics for example?. Childbirth and associated gender roles may play a part, but only so much.

There’s equity reasons to desire greater representation of women of course – it’s unfair that women may be barred from these positions based on characteristics that appear to have nothing to do with the qualities we’d want in these positions, but I have a more selfish motive. Basically, if we’re excluding a large proportion of the pool of potential leaders based on arbitrary ground, we won’t get the best leaders, and the society I live in will be poorer both materially and otherwise.

This brings me to a speculation about why the glass ceiling is so resilient.  It may be to do (in part) with differing variances in narcissism.

In our society, these positions of power are in hierarchy. They’re not market derived wealth and power but positions within and at the top of pyramids where the numbers thin out as power increases. To be on a board, or to be a CEO, or an MP, you have to select yourself as being, and convince others, that you are one of the very few suited for the job.

The put another way, to want to be a member of the Federal Parliament you need to think you are better suited than the 99.99% of the population who is not in the Federal Parliament. To be a CEO you need to genuinely believe that your judgment is better than similar proportions of the population and that you output is really worth many many multiples of the average worker. If you don’t believe it yourself, how can you convince others, claim credit and self promote?

Even if you can objectively claim greater than average intelligence, judgment etc., claims of this magnitude cannot be considered rational. Only a narcissist could believe them.

Now imagine that men have a greater variance in their distribution of narcissism – that is to say they have more at either extreme whilst the average man and the average woman are exactly the same (at the green line). This is speculation, but it seems intuitively right. There is greater variance in other aspects of male life compared to women (such as propensity to be rich and be homeless) and in my own experience they are more likely to be at emotional extremes – despite stereotypes of moody women. Still, there’s probably BIG5 research or the like to determine whether this speculation of mine has any basis.

Now say that there is a certain threshold of narcissism that is required to promote yourself into the leadership races. If you’re less self aggrandising than that, you either won’t choose yourself or be able to convince others of your virtue. I’ve marked this on the graph with a black bar. Since is thicker, the number of men in the pool (shaded pink) is far greater than the number of women (shaded light blue). So even if selections from this point on are gender blind (which is probably still unlikely), you’ll still end up with the leadership sausagefest. [fn1]

But narcissism isn’t really correlated to the virtues we want in leaders. In so far that it is desirable in a leader, it is only because our methods of choosing leaders requires it. It many cases it may well be highly damaging, such as when a leader is full of confidence about their own judgment on a risky investment or the existence of Iraqi weapons when objectivity says otherwise. So we’re eliminating a huge number of potential leaders, perhaps not directly on the form of their genitalia, but something just as irrelevant. It is worth mentioning that if this speculation is true, it’s not just the vast majority of women being excluded, but a sizable majority of men. Undoubtedly outright sexism still plays  a role (if rarely expressed), as does childbirth and probably the simple hysteresis of existing leaders promoting people like themselves. But there might be other variances that differ with gender, such as status seeking, which skew the pool of potential leaders with no correlation to ability.

How do we rectify this? I dunno! But I think quotas are probably as good as anything else, or at least no worse than anything else, including the status quo. They can’t be distorting something that is working well (since the evidence for a CEO effect on company performance is terribly weak). I don’t know if there will be a critical mass/watershed effect that would later make  the quotas unnecessary but maybe, just maybe it could end up moving the selection process away from something as arbitrary as narcissism.

UPDATE – Via Don in comments, there’s at least one bit of empirical work that suggests there is a gender difference in mean narcissism, but not in variance as I suggest (at least, the differences in variances appear quite minor, even though men have higher standard deviation on 4 of the 5 traits). This may not change the fact we are selecting based on an arbitrary trait found more frequently in men than women, but it might mean that the trait itself is more typically male, rather than just found in greater numbers.

[fn1] I may as well mention here that is probably takes narcissism to be a blogger and think that other people are eager to hear what you, as just one person, has to say (and withstand the brickbats in comments). This may be why there’s disappointingly few female bloggers even after the lady on the internet factor. Since I don’t think narcissism is associated with insight, just the belief you have insight that others would want to hear, this is a pity.