The gravity theory of public administration 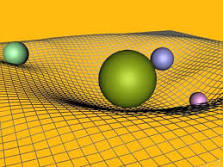 I was in John Dawkins’ office when, to my amazement he decided to move the (then) Industry Commission, now Productivity Commission, to Melbourne. Anyway, with Dawkins having rebuffed attempts to dissuade him, as the move proceeded against great angst and gnashing of teeth, the Treasury and IC came back with Plan B, which was to have it straddle both Melbourne and Canberra equally, which it has done since Dawkins relented. I’d be interested in what people think the good and bad points about that model have been.

[And isn’t that a pretty graphic! I think in the public sector, Canberra is in the centre, coloured green. NG]

Nicholas – At the time the Age’s Tim Colebatch portrayed this as part of Dawkin’s attack on ‘economic rationalism’. On 6 March 1993 he wrote:

His main changes have been at the Industry Commission, which is moving to Melbourne with Mr Bill Scales, a former manufacturer, as chairman and its role redefined as advising on how to clear away impediments to growth in industries in which Australia has a comparative advantage.

“The culture of the IC needs to change”, Dawkins says bluntly.

“There are people who have been there for 25 years, up to (their necks) in the orthodoxy, and not capable of dealing with anything else.” As Treasurer, he says with a rueful smile, “I have to choose my moments when I demonstrate my creativity”.

Graeme Campbell asked Dawkins about this in a question on notice. In particular he asked how many officers of the Industry Commission had been employed by the Commission for 25 years or more.

The answer was one professional officer and one person from the support staff.

Dawkins’ comments suggest the move was a way to get rid of people who opposed his views on industry policy. Is this your recollection? Was there anyone in particular that Dawkins wanted to dislodge?

No-one in particular. He was amenable enough to the people he’d met from there – I remember a meeting with Roger Maldon whom I think was acting chairman. It transpired in the meeting that Roger had failed Dawkins at economics many years previously, but there was no bad blood about it. But pretty obviously from what he’s quoted as saying above, Dawkins thought the place needed a shake up. But Dawkins hadn’t had any particular run-ins with anyone in the place that he wanted to get rid of to my knowledge.

I personally don’t see why so much gets done in Canberra — surely the pool of potential employees would be far greater in cities where more people want to live and can imagine staying for more than a few years. I imagine that this would be particularly important when trying to attract smart people that are already well paid that are doing something else.

Yep, I strongly agree. Of course it runs the other way too – sticking everyone in Canberra creates a bit of a captive market. But the rate at which senior salaries have been growing in the APS doesn’t seem to be any slower than in the states.

Every now and then the government decides to create a new agency based outside of Canberra. Two examples that spring to mind are the Employment Services Regulatory Authority (ESRA) and the Australian National Training Authority (ANTA).

ESRA was headed by Joan Kirner and based in Melbourne. It was abolished by the Howard government. ANTA was located in Brisbane and was also abolished. In both cases the agencies’ remaining functions returned to Canberra.

I haven’t done any kind systematic review but I get the impression that whenever staff and functions and moved to state capitals there’s a strong tendency for them to return to Canberra.

Its actually generally the senior staff who want to move back to Canberra, Don. If you get your kicks from political influence then you are generally going to get more being closer to your main customer (the Minister) and main enemies (other agencies) than the great unwashed. Arguably you get worse policy outcomes by keeping yourself in the Canberra bubble, but that’s not their problem as they see it.

On the Dawkins relocation, I always thought it had a lot to do with Dawkins trying to accomodate the then personal circumstances of Bill Scales. The “get close to manufacturing” idea seemed to be a bit of a post-hoc rationalisation.