Superstar CEOs: It doesn’t surprise me and I doubt it surprises you . . . 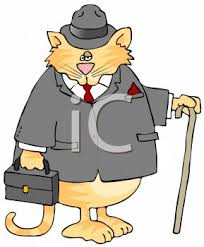 From the NBER Reporter.

One example of compensation data enabling much broader research is my research on “Superstar CEOs” with Tate.3 The title refers to the fact that, in terms of compensation, but also in terms of status and press coverage, managers in the United States follow a highly skewed distribution: a small number of superstars enjoy the bulk of the rewards. We explore the ramifications of a “CEO superstar culture” for managers and shareholders. Specifically, we ask whether the popular notion of prominent achievers subsequently underperforming, which is widely-held in many contexts (from “Sports Illustrated Jinx” to “Nobel Prize Disease”), applies to top executives. The empirical basis for this study is a unique, hand-collected dataset on CEOs who won high-profile awards from the business press or other prominent organizations between 1975 and 2002, merged with ExecuComp data. Our challenge is to identify the correct counterfactual – how would a superstar CEO have performed had he not won the award and attracted all the media attention? How do we avoid measuring mere mean reversion?

Using a two-stage matching procedure and nearest-neighbor matching estimators, we identify CEOs who, based on observables, were likely to win the award at a specific point in time but did not. We find that actual award winners significantly underperform the matched sample of not-award-winning CEOs, by 12-20 percent over three years. At the same time, the average compensation of award winners increases from about $13m to over $18m, far more than that of “hypothetical” winners. Moreover, winners spend significantly more time on outside activities (public speeches, writing memoirs, board meetings of other companies, on the golf course). The silver lining is that these findings are concentrated in badly governed firms, for example, firms with weak shareholder rights. Good governance can prevent the extractions and distractions of superstars, without lowering the firm’s performance, as far as we can infer from the awards data.

This entry was posted in Education. Bookmark the permalink.