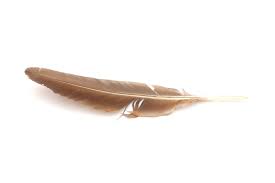 A while back I was asked if I would be the patron of the Australian Digital Alliance.  Well . . .  you could have knocked me down with a feather! Anyway, the ADA is a fine organisation which describes itself as follows on its website.

The ADA is a non-profit coalition of public and private sector interests formed to promote balanced copyright law and provide an effective voice for a public interest perspective in the copyright debate. ADA members include universities, schools, consumer groups, galleries, museums , IT companies, scientific and other research organisations, libraries and individuals.

It’s been a fairly lone voice amidst the madness of intellectual property maximalism as it has ravaged developed countries in the last few decades not least us Aussies who have shown ourselves capable of signing up to pretty much any old rubbish, including retrospective extensions of patents and copyrights which can’t possibly make economic sense (except for the rent seekers who seek them). And IP maximalism in the age of the internet is becoming sufficiently and obviously dysfunctional that we are starting to see more balance in the debate.

A decade ago those IP organisations like IP Australia and the World Intellectual Property Organisation (WIPO) basically took it as read that their mandate was to promote IP – ie to extend it as a Good Thing whereever they could.  Today they take a much more enlightened view seeing it as their role to promote economic welfare through appropriate IP settings and administration. Here’s an excellent recent public speech by Australian Francis Gurry who is not only a prominent Australian intellectual property lawyer but also the head of WIPO.

Few issues in intellectual property or, if I may suggest, cultural policy are as important as the consequences of the revolutionary structural change introduced by digital technology and the Internet. Recently, as the number of people in the world with access to the Internet passes two billion1, support for addressing the consequences of this fundamental change has come from the highest levels. Both President Sarkozy of France and President Medvedev of the Russian Federation have called for the G20 to consider the issue. In his speech at Davos earlier this year, President Medvedev stated that “the old principles of intellectual property regulation are not working anymore, particularly when it comes to the Internet”. That, he stated, “is fraught with the collapse of the entire intellectual property rights system”.

Not to be outdone Australia’s Attorney General showed we were up to the challenge with his speech at the same function announcing that:

The Copyright Advisory Group has approached me for an additional exception to allow circumvention of technological protection measures for certain education purposes. In particular they have sought an exception that would allow schools to change the format of films from DVD to MP4 for teaching purposes. This review will assist me in deciding whether or not to amend the Copyright Regulations. My Department will invite submissions seeking views on whether any other new exceptions should be included, and I again invite those affected to take this opportunity to raise their issues.

But I digress.  The IP organisations like IP Australia and WIPO remain organisations which are constitutionally susceptible to a substantial amount of capture – their ‘natural constituents’ are firms that benefit from stronger IP (the benefits from less IP are far more dispersed throughout the economy and so don’t fund IP activism nearly as much as the IP boosters.)  Francis Gurry’s words were bold, but I expect it will be hard for WIPO to do anything all that constructive, though the new approach should make the wheels of IP maximalism a tad less well oiled.

Sadly, the natural counterweight to industry capture, at least in our country – Australia’s econocrats – have been missing in action. The PC has shown little general interest in IP except when sent a reference on parallel imports and, at least to my knowledge, the Treasury has likewise shown little interest.

Anyway, as newly anointed patron I could hardly say ‘no’ when the ADA asked for some concrete patronage in the form of a presentation to the ADA conference.  It turned out to be a very worthwhile  and enjoyable event. Speeches, including mine can be downloaded as mp3 files from this page with my slides being here