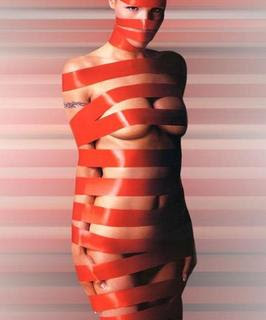 I’ve posted before on New Zealand’s Regulatory Responsibility Bill which has become the Regulatory Standards Bill on its passage from advisory taskforce into the Parliament (and it’s often referred to in this post as the Regulatory Responsibility Bill or RRB). In the spirit of virtually all the other initiatives around to world to improve regulation, it does so by reference to the Michelangelo theory of regulation. This teaches us that all we have to do to get the best possible regulation is to increase the difficulty of making bad regulation. In furtherance of this approach governments around the world have regulated regulators to require new regulations to receive satisfactory regulatory impact analysis in order to become regulation. It’s a good idea (at least as far as it goes – it might be useful having some specific attention given to enhancing regulatory outcomes, and not just minimising regulatory costs). But it turns out that even the negative part of the agenda doesn’t seem to work very well.

Here are some reasons why:

The need to win elections leads politicians and their parties to develop a very good understanding of the factors that drive public opinion. Media exposure is “political oxygen”, mainstream media analyse the politics and not the policy of an issue, and the media require instant reactions and ready sound bites.

Consequently, Ministers feel the pressure to:
• respond quickly and decisively to the latest risk, accident or misdeed;
• commit to concrete action, even without evidence that the action will address the problem, or that benefits are likely to exceed costs;
• stick to a political commitment once made; and
• deliver on the commitment as soon as possible.

The incentive issues are not just confined to Ministers:
• MPs have limited incentives to carefully scrutinise and improve proposed legislation, as it does not bring them media attention;
• Government MPs who hope to be Ministers won’t readily risk disfavour by providing strong independent scrutiny or insisting on good process;
• Public servants are often reluctant to give advice that Ministers don’t want to hear, because of their duty of loyalty to the government and their desire not be dragged into the political contest if the advice becomes public;
• Agencies tend to work in policy silos – they lack a whole-of-government perspective and are reluctant to put resources into playing a wider role;
• Private interests are often willing to lobby for regulation that will benefit their interests at the expense of others; and
• Anyone that promoted a particular piece of legislation has few incentives to look for and publicly report evidence that it isn’t working as intended.

Those aren’t my words, but the words of a regulatory impact statement.

Rodney Hyde one of the very few ACT members of the NZ Parliament and champion of the beleaguered bill explains, “The Bill is straightforward and simply requires the Government to explain itself when it wishes to regulate in a way that conflicts with sound principles of law-making,”. See how it works! If the Government is doing anything that might not be the best it can do for the country, it has to explain itself. Clever really.

Anyway, Treasury, which did the RIS (pdf) was not very persuaded of any of this. For anyone who has the time it’s a good, succinct explanation of the state of play as seen by the NZ Treasury. I recommend them as being in good command of the material and it’s clear that their view of regulatory impact analysis as a tool of regulatory improvement is somewhat jaundiced.  It seems quite like mine, which is that I doubt it should be removed but it’s accomplishments are pretty modest. (They even use a tagline that I’ve used which is to describe this kind of approach as regulating regulators).

New Zealand has had some form of Cabinet-mandated regulatory impact analysis (RIA) requirements, including provision of regulatory impact statements (RIS), since 1998. In practice, RIA thinking and RIS preparation have tended to be more of an afterthought and compliance exercise.

Treasury’s view is that recent changes to the RIA requirements have led to some modest improvements in the quality of analysis presented in RISs. Significant improvements, however, seem highly unlikely based on experience with RIA in other OECD countries. Even in jurisdictions where RIA is well-established, researchers find significant non-compliance with expected standards and processes, and limited influence on actual regulatory decisions.

It’s all pretty ironic this move to improve regulatory process being criticised by the existing apparatus for ensuring good regulatory process. Now Hyde has released the Cabinet Submission (pdf). Ministries are not impressed.

The Ministry of Health (“Health”) supports initiatives which ensure the development of high quality legislation and contribute to good law-making processes. The Bill, as currently drafted, is unlikely to further those goals or improve the quality of legislation. For that reason, Health does not support the introduction of the Regulatory Responsibility Bill.

The Ministry of Foreign Affairs and Trade has a particular concern that the proposed “Principles of responsible regulation” do not include a principle relating to compliance with international obligations.

The Ministry of Agriculture and Forestry (MAF) has significant concerns about the Bill . . . much of the legislation it administers has an enabling rather than restrictive effect and that delays in tertiary instruments (such as may occur if the Bill is enacted) could have the effect of stifling business and trade opportunities. In respect to departmental costs, it is estimated that the additional cost to MAF in the biosecurity and animal welfare contexts alone (based on the volume of legislative work that will need to be undertaken in an average year) would be $770,000.

Ministry of Economic Development {MED) considers that there i5’a significant risk that the Regulatory Responsibility Bill could also have a negative impact on business and the wider economy. The lack of clarity associated with the meaning of some of the Bill’s prinCiples, the way in which they might be interpreted and applied by the courts, and opportunity for legal challenge could create a regulatory environment with significant levels of ongoing instability and uncertainty for business.

This entry was posted in Economics and public policy, regulation. Bookmark the permalink.