Meanwhile at a university somewhere . . . 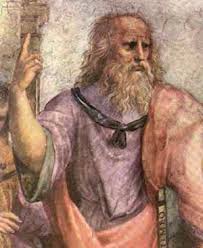 Someone labours to fit a set of events into a ‘theory’ which is a restatement of the bleeding obvious: regulators and the regulated talk and this influences the evolution of regulation. Amazing really. Further there is “a circular and interactive relationship between the regulatory and innovation process.”

The co-evolution of sectoral regulation and technological innovation: the case of detergents industry in Europe
Date: 2011-03-29
By: Evita Paraskevopoulou
This paper contributes to research addressing interrelationships between technological and policy changes by exploring the co-evolution of sectoral regulation and technological innovation in the detergents industry in Europe. We view as regulation an endogenously created institution that evolves over time and in alignment with other socioeconomic factors, among which we focus on technological change. We argue that the innovation and regulation processes are evolutionary processes that interact overtime and their co-evolution is facilitated by knowledgeable and purposeful agents who wish to influence their institutional environment. Given our empirical context we find that the opportunity provided to private actors to participate in the policy process, share information and collaborate, contributes to the improvement of their knowledge. In turn, improved knowledge increases the innovative potential of actors while it builds their bargaining power and increases the possibilities private actors have to influence their institutional environment. Favorable institutional conditions have been recognized as a factor conductive to innovation and in this sense, we can witness a circular and interactive relationship between the regulatory and innovation process.

There’s something more general to be said here, which is that this particular waste of time is a nice illustration of one of the foibles of academia. A fairly crude idea of the relation between theory and practice is taken from various parts of natural science (particularly physics). Here there are ‘facts’ and one fits them into more general theories. So one is out there looking at regulation and there would need to be a theory of regulation. So you make one up – or usually there’s some previous article in a learned journal which proposes something like “There is a circular and interactive relationship between regulation and innovation”. And then you go out and ‘test’ it.

You can also get a bit of controversy going because there’ll be a few ‘theories’ of regulation.  So you can test them out.  Someone will have said there’s a circular relationship, and someone else will have produced a ‘theory’ of corporate capture.  So you can ‘test’ these things in your particular case study. And on the caravan rolls. Now I’m not suggesting that there are not some articles with genuine insights on corporate capture of regulators (George Stigler got the field going with some pioneering and influential studies of utilities in the 1950s and 60s).  But there’s something very unsatisfying, that is unenlightening about wandering up to one case study after another with these tools and then ‘testing’ them as if you were testing the Hubble constant.

Harry Johnson wrote about this as follows:

[T]he ‘adversary procedure’ of testing one hypothesis against another is a useful scientific procedure up to a point; but, when both hypotheses perform well and seem to be fairly evenly matched, it is not necessarily the best scientific procedure to send the challenger back to training camp with good advice on how to prepare for the next month.  In the realm of ideas, a conflict of equally well (or equally imperfectly) supported hypotheses may be more fruitfully resolved by merger into a composite hypothesis.

But even this doesn’t really capture the problem here which is that there are distinct limitations to the extent to which enlightenment can come from theorising highly complex social phenomena as if they were replicable physical phenomena and as if one were in pursuit of the kind of time invariant universal ‘laws’ that we turn up in natural science – or at least some branches of it. If ‘theories’ are used as heuristic devices to organise ideas and themes in what is then an insightful discussion of what happens, well and good. Then the article partakes mainly of the analytic tools of history – in which case the story of the regulation in the article would be told and one would judge it’s worth by the level of insight with which it told the story.

I think you’re right in this particular instance because the question itself is so tautological, but I would assume there is plenty of value in asking more empirical and less tautological questions such as:

I suppose it’s a bit like asking the scientific question: does evolution explain the mutations found in cane toads when they were introduced into Australia?

agreed with most of this, except for the physics envy bit. It is rather the wish for precision and for ‘fundamentals’ that is at work in both physics and economics. The basic problem facing you is how to sell, to students and other clients of economics, the idea that they should learn to live with a `clearly not quite correct but reasonable answer’ when someone else pretends to offer them the unadulterated 100% truth. 9 times out 10 you will lose despite the fact that you are right.

to be clear, I wasn’t really talking about physics envy, but rather the idea of going hunting for ‘laws’. Biology doesn’t really do that – it has some basic principles and then a lot of it remains taxonomy and story telling. But it’s hard to get an article in a learned journal on (say) public policy with something which is nothing more than a perspicacious account of some public policy event. You have to bring in grand theories, and generalisations.

I am not so sure about biology not hunting laws. Evolutionary biology (which gets quite complex) is full of laws, competing theories, and tests of various theories. Cell biology is similarly full of theories and tests (and lots of experiments and randomisation protocols). Even animal observations is now all about theories of animal learning and social interaction.

I suppose thus you are thinking of 19th century biology, with its interest in creating taxonomies and a databank of general observations, much like a lot of 19th century economics was about creating databanks of observations and creating terms to talk about the economy (surplus, rents, utility, etc.). It is hard for that type of work to remain competitive in academia, particularly since the incentives to be useful to outside clients (government or even business) are fairly minimal.

Yes, there are lots of generalised laws and so on in biology and lots of observation too. And lots of species! Each one needs to be observed etc. But as you say, the incentives to be useful in academia are minimal. Amazing really!

Amazing too that this is after a generation of trying to dragoon academics into usefulness by seeking to drag them into collaborative research and so on. Perhaps the sum of things we’ve done (on the one hand trying to increase funding from industry and on the other metricating academic life and incentives to within an inch or their lives) make it worse. That is assuming you regard uselessness as not such a good thing. ;)

Nicholas on a sort of related matter this is worth a read
http://www.newscientist.com/article/mg21028071.300-the-bonus-myth-how-paying-for-results-can-backfire.html

“So it may come as a shock to many to learn that a large and growing body of evidence suggests that in many circumstances, paying for results can actually make people perform badly, and that the more you pay, the worse they perform.”

Here’s a study where a general discussion which may be of some interest is cast in the mould of looking for laws.

I hope readers will agree, we can be sure that causation goes each way. And while it could be interesting to discuss specific case studies, if all they amount to is reflections on whether or the extent to which A influences B or visa versa, as if the ultimate answer might be 43, it’s all a pretty silly exercise.