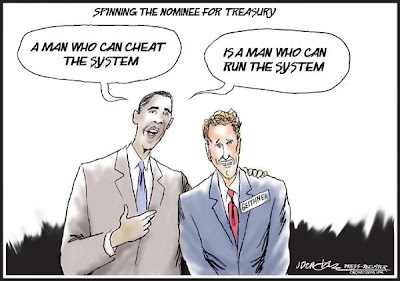 Happiness and Tax Morale: an Empirical Analysis
By: Diego Lubian (Department of Economics (University of Verona)), Luca Zarri (Department of Economics (University of Verona))
This paper presents empirical evidence that “tax morale” – taxpayers’ intrinsic motivation to pay taxes – constitutes a new determinant of happiness, even after controlling for several demographic and socio-economic factors. Using data on Italian households for 2004, we assess the strength of tax morale by relying on single items as well as composite multi-item indices. Our main result that fiscal honesty generates a higher hedonic payoff than cheating is in line with Harbaugh et al. (2007)’s neuroeconomic finding. Further, it sheds light on the well-known “puzzle of compliance”, that is the fact that many individuals pay taxes even when expected penalty and audit probability are extremely low: tax compliance is less puzzling once we show that not only it is materially costly, but also provides sizeable non-pecuniary benets that make it rewarding in itself.

But then there is this:

Paying taxes keeps you out of jail, so yes, it makes me happier.

Correction, Nicholas: the two gentlemen of Verona find that positive surveyed attitudes towards paying tax are associated with subjective self-assessments of happiness. Whether these attitudes actually correspond to paying tax, let alone “happiness” is another matter altogether.

What I find hilarious about the research is that it was conducted in Italy, a country notorious for tax evasion and the size of its “black” economy. Have a look at Figure 3, then consult a map. It turns out that the provinces that benefit most from fiscal redistribution – i.e. Il Mezzogiorno, the South – have the lowest self-reported “tax morale” and the largest proportional black economies. Those Southerners must be really unhappy about mooching off the upright tax-paying Northerners. Maybe they just feel rooly guilty about it.

But if the income is making you happy, you don’t need the tax bill to bring that home. You probably already knew how much you were earning. ;-)

Pedro when I was a young and struggling artist, would hear people complaining about having a tax problem , and think- ‘ I wish I had a tax problem ,rather than an income problem’

Correlation != causation. Lubian et al have got the causality wrong in this paper. Frey & Stutzer 2002 have shown both happiness and tax morale are the product of democratic participation rights.

Frey and Stutzer controlled for this factor by considering both citizens and non-citizens living in the same area.

Yes it’s true- you fell better when you pay your share, part of the team, greatful and humble at your comparative good fortune, rather than on an individuation-driven, consciousness-excluding narcissistic ego trip that isolates yourself from others and you, especially as your conscience begins to prick at your mercenary misanthropic outlook toward others.
Think of Mubarak and Murdoch.
Billions of dollars salted away, but then the rest of a life is spent guarding it all, to make sure other people don’t get any.
All that effort to hoard and guard, before they know it life has passed them by and in Mubarak’s case, all that fifty billion dollars stolen from the poor people of Egypt, can’t save him from going the way of all flesh, true?
I mean, it’s not like these misanthropic miseries can take it with them, is it?

I’ve never understood why we don’t try and make tax paying prestigious. Far from keeping how much tax people pay confidential, lets have a series of awards with gaudy medals and televised dinners – I reckon I might just about be in line for “Taxpayer Hero of Australia, Fourth Class”. And imagine the elaborate uniforms we could put serious competitors for the top award in.

I was going to suggest that Paul Walter could also pay my share of tax and become extra special super-happy as a result. In addition, he could become a Knight Grand Master & Commander of the THA and receive the everlasting glory that is his due as a greatful and humble team-member.

It’s a win-win-win. You know it makes sense.

John, if you are a non-struggling artist then I’m very happy for you too.

As for the suggestion at 11, let me by a Derrida Derider derider and suggest that Kerry Packer had it right on balance.

“Yes it’s true- you fell better when you pay your share” I think the core problem is the definition of share. I think I’m paying more.

Fyodor, what sort of man would I be, to deny you your opportunity. . I know, you want to maximise my joy, being the altruist you are. But my conscience would prick, no, I’ll be happy to see your allotment taken out of your hide rather than mine.
Besides, am on welfare. So apart from not having the money to pay rent let alone tax, I have already contributed to the greater good by having my livelihood trashed in the sociopolitical pursuit of “reform” and a “disciplined” labour market.
In short my contribution has already been made, beleive you me, if only in kind.
If you pay tax and I stay on welfare, its win-win-win and we all get to contribute in our own ways, as we rise or fall to our own respective levels of incompetence.

I’ve never understood why we don’t try and make tax paying prestigious. Far from keeping how much tax people pay confidential, lets have a series of awards with gaudy medals and televised dinners – I reckon I might just about be in line for “Taxpayer Hero of Australia, Fourth Class”. And imagine the elaborate uniforms we could put serious competitors for the top award in.
It works for funding charities – why not for funding public goods?

Sort of like a potlatch – those who give away the most are the most powerful?
http://en.wikipedia.org/wiki/Potlatch

Maybe the Greens could pick it up as a policy once the Murdoch press have beaten the BDS out of them?

Besides, am on welfare.

Sorry to hear that, Paul. Kinda casts a different light on your earlier statement, though, dunnit?

Marx got it arse-about, as usual: OPM is the opiate of the masses.

Fyodor,OP’s (cigs for example)is always bonza, and not just with us dolies. Don’t know about opiates, a bit of good bud would go down, except its a bit dear these days for folk on limited incomes.

… the two gentlemen of Verona find that positive surveyed attitudes towards paying tax are associated with subjective self-assessments of happiness.

An analysis of subjective self-assessments of honesty would be fascinating, especially if it was correlated against industry code.

Besides, am on welfare. So apart from not having the money to pay rent let alone tax, I have already contributed to the greater good by having my livelihood trashed in the sociopolitical pursuit of “reform” and a “disciplined” labour market.

I actually don’t understand this at all; but if you can explain to me how I go about contributing to the “greater good” by not working, then I’m willing to give it a go. I believe I’m capable of pushing the envelope by not working several jobs at once (and with time spare to do other stuff besides, like employment for instance). I’m still looking forward to getting paid for not growing crops, because I have some excellent ideas, how to not grow crops on very small plots of land, using only minimal water resources — thus leading to substantial efficiency improvements.

Well in some cultures charitable donations are respected as prestigious, but in our culture charity has largely been nationalised… and when the “other guy” is donating about a third of everyone’s income, it’s kind of difficult to put in a significant bid against that, so that’s another job I’ll not work on.

Don’t know about opiates, a bit of good bud would go down,

If I was running the shop then both substances would be cheap and legal, and I’d even grant you ownership of your own body, but I’d also treat you as an adult and hold you responsible for the outcome, so a mixed blessing perhaps.