Posted on February 8, 2015 by Nicholas Gruen 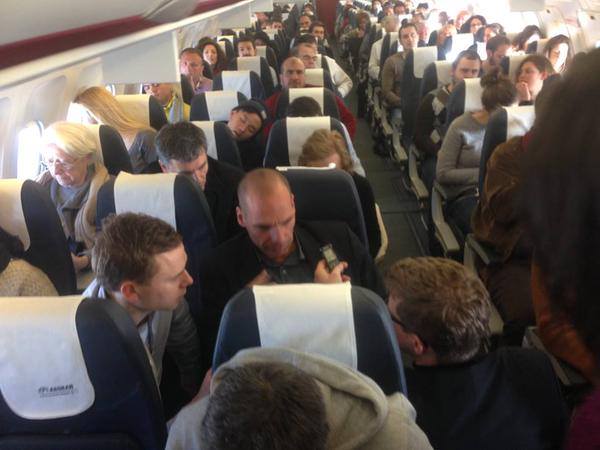 I’ve occasionally raised the issue of the class people travel on planes on this blog – and business class as conspicuous consumption. Anyway, I have just been made aware that Yanis Varoufakis’s shuttle diplomacy is being done economy class. Good on him. (I’m naturally disposed to give him a weekend with the Troppo Mercedes, but, apart from the irony fuse blowing on the Troppo dashboard at the mention of the Mercedes and Varoufakis, winners of this honour always travel first class to take possession of the vehicle – in this case fresh from the Kazakstan panelbeaters – so Rooter the hotted up FJ is being made available – Yanis is a former New Australian in any event, so he will almost certainly be more simpatico with Rooter that with the Merc. But I digress.)

Others in the politicians’ hall of honour include Barnaby Joyce, [an incredulous reader draws my attention to this story which rather undercuts Barbaby’s economy credentials] John Hewson (as I recall at least during the 1993 election – in which he also took taxis rather than Commonwealth Cars) and Peter Walsh. There are no doubt lots of others – including me – flying economy when they’re entitled to business. This is the place to mention them. It’s also a place where we can note that that apostle of poverty, chastity and obedience, Cardinal George Pell, travels first class.

Cherman humour: not just an oxymoron any more.

There were a lot of people that use economy class to travel between places, no need for business class or first class at all.