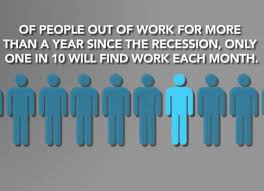 The HALE index got a bit of attention this weekend owing to the way in which it highlights the cost of long-term unemployment. It’s certainly a graphic illustration of the way in which GDP hides important developments from us. Mostly what people like about the HALE is the way in which it tries to adjust GDP to take account of large and strong impacts on subjective wellbeing that are not picked up by GDP.

Because it’s an index and will ultimately be published as a single number, there’s no point in including things that are not large – as they’ll never get their signal through the noise of everything else. So the main things which are adjusted for known, large and widespread non-economic wellbeing effects are inequality, unemployment, obesity and mental illness. But these things rarely change sufficiently between quarters to generate much news unless the journalist covering the story decides to make them the focus of coverage in some way.

By contrast the things in the index that really drive substantial deviations from GDP are related to the ways in which GDP is a bad measure of economic wellbeing. Because it’s an index of wellbeing, the national accounts series on which the HALE is based is real net national disposable income. This picks up the terms of trade which has been an important part of our economic story particularly lately and the depreciation of capital. This quarter falling terms of trade reduced national income by around 0.7% reducing the quarterly GDP figure from 0.9% to 0.2%.

And one of the things I was most pleased to work out in the methodology of the HALE index was trying to take into account the growth and decay of human capital or the economic value of knowhow on a quarterly ‘accruals’ basis something GDP assiduously avoids as it measures recurrent or income transactions and not capital transactions. I had been highly critical of the leftist stitch up index – the GPI for this reason.

The GPI measured depletion of natural capital. But it even did that in a tendentious way (leaving out the growth of the economic value of natural capital owing to improving technology). And this was a microcosm of the larger point that it took no account of human capital. And including human capital in the picture turns out to be a Big Deal. In fact if I were looking for a cliché to make me feel Very Serious for making the point, I might even call it a Game Changer. (I was asked when discussing Gov2 in a meeting at PM&C the other day “but where’s the Burning Platform?” I didn’t know. I was nearly stripped of all my pundit points right there. But I digress.)

In any event with human capital sitting at over $16 trillion in the Australian economy. With human capital at about three times all other capital put together, there’s a lot of turnover in human capital – built and destroyed each quarter. And over the course of the series the proportion of people in our workforce – itself growing strongly – with post secondary education has grown by about ten percentage points from just under 50% to around 60%. At a little less than half a billion once someone moves from secondary to post secondary qualified that’s inflated growth above GDP over the last decade.

And likewise long-term unemployment destroys a lot of human capital. Our methodology assumes that there are no excess human capital costs of normal unemployment, just some losses in experienced welfare based on assessed wellbeing. But our methodology on the costs of long-term unemployment does the converse. It assumes (probably very conservatively) that the subjective wellbeing costs of unemployment don’t rise over time, but that on the 365th day of unemployment there’s a $68,000 hit to a person’s human capital. A crude way to capture a stylised fact which our methodology takes to be that once a person is unemployed for 366 days their earnings for the next twenty years will be depressed by 10 per cent over the counterfactual. I suspect that’s pretty conservative, though it’s perhaps balanced by the fact that a substantial portion of the effect in the labour market is a signalling effect rather than a loss of actual human capital of the magnitude observed.

That methodology produces the result that the rapid ramping up of long-term unemployment in the last quarter destroyed more economic value than a fall in the terms of trade that was more than double what was expected in our own dry run of the HALE before the national accounts which used Westpac forecasts in the absence of the actual numbers.

Now the long-term unemployment data was public long before the national accounts were released. And it got a little coverage. But I’ve not seen any economic pundit from the Big End of Town or the Parliamentary Triangle pontificate about it or be invited to do so? Why? Well it’s partly because GDP is overdone as an economic indicator and it’s invisible in GDP, but there’s more to it than that. It’s not regarded seriously by the hard heads because long-term unemployment is regarded as a ‘welfare’ matter – a bleeding heart issue. Indeed, even in the article in which I bemoan the problem with the in house HALE journalist Matt Wade who does an excellent job of understanding it each quarter, the other two pundits quoted are from the welfare sector. A Minister is quoted about a government labour market program, but no-one from business, no chief economist is quoted.

Anyway, here at the centre of hard headed soft heartedness at Troppo we know that long-term unemployment is a HHIPIC (that is a Hard Headed Issue of Platform Inflammatory Consequences). For the record the raw numbers have long-term unemployment rising by an amazing 32 per cent or over 50,000 people which destroys $3.9 bil in human capital – or 0.9% of GDP – an amount over which the champions of micro-economic reform salivate in normal circumstances. Anyway it’s all part of our new top down world.

This entry was posted in Economics and public policy, Education, Journalism. Bookmark the permalink.

1 Response to #SoftHeadsHardHearts on long-term unemployment