Another workaround our dysfunctional legal system 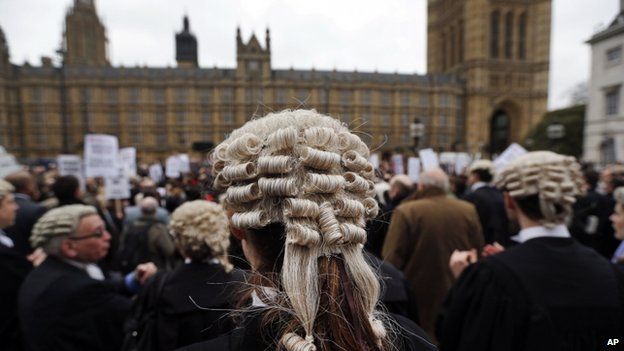 This article explains the idea being explored in Victoria for a ‘victims redress’ scheme for victims of institutional child abuse. It’s clearly yet another scheme for cutting the dysfunctional legal system largely out of the action of providing redress for abuse and handing it over to something that makes more sense – via some more administrative scheme.

We have such schemes in all sorts of areas now. Often workers compensation schemes close down full access to the legal system – ditto various kinds of negligence liability. And there’s small claims. Ken Parish and others can presumably flesh out the list.

But to drag an idea out of the economics playbook, there’s something a bit dodgy about all these special schemes. They are set up as exceptions, when the overarching legal system should be delivering something similar. There may be a case for specialist tribunals and so on if those hearing a case need or would benefit from special knowledge. But generally the legal system should embrace this principle which I’ve set out before:

Economists’ ‘imperialism’ towards other disciplines has manifested itself largely in the application of economic methodology to problems which are not purely economic. If few of the results have been sublime, some have been ridiculous. A more promising kind of imperialism would be the application of simple economic principles to the way various social systems are managed. HECs and managing child support within the tax system are examples of this kind of reform. We should apply it more widely to our system of civil law which, as it stands is a scandal – available to the rich and those poor enough to access legal aid, but only otherwise to those willing to risk a large part of their life savings. With absolute respect to the need for judicial independence on interpreting the law, the costs of arbitrating disputes should be commensurate with the magnitude of the damages at risk. This simple micro-economic principle should be reflected in all legal procedure. Further, both justice and efficiency demand that either litigant to a dispute should be able to pre-emptively elect a low cost tribunal free from any threat of appeal, except upon their opponent bearing all resulting costs.

This is a huge micro-economic reform issue, but sadly it’s seen as fairly esoteric. And in so far as it’s discussed within mainstream reform thinking it tends to be within a deregulatory frame – as in breaking the various monopolies and restrictive practices of the profession. The problem is the whole architecture of the system.

Well it’s been 4 days now and nobody has come in to comment on this post of yours, Nicholas; not even Ken parish whom you specifically invited. This ‘nil return’ thing seems to apply to a lot of your posts.

Anyhow, I delayed because (a) I wanted to see if you’d get a comment other than from me and (b) I wasn’t sure I was grasping what you were getting at. But anyway, here goes:

So, some ‘extra-legal exceptions’ are being set up to handle compensation cases (particularly), the latest being institutional abuse of children. You think this shouldn’t be except that “the judicial system” is dysfunctional mostly because the bulk of us citizens can’t afford it (ie we’re not rich and we don’t qualify for legal aid).

And that’s true enough and it will remain true whilst ever the legal profession remains a law unto itself (ie self regulation is no regulation).

But I think you seem to have glossed over the bit where some wannabe litigants just can’t face the terrors of the legal system, so even if we did have a ‘Legalcare’ system (sorta like Medicare but for courts and lawyers), lots of people would still feel unable to access the judicial system.

And I guess that will remain the case while our judicial system remains a no holds barred gladiatorial contest where lawyers act not in the interest of the court, as they should, but as lawless mercenaries acting on behalf of paying litigants.

Or so I think.

But I do agree: the judicial system is a disgrace and should be seriously reformed. And as soon as we can remember and enact Dick the Butcher’s advice, maybe we can do something about that.