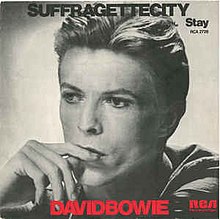 Some readers will be aware of my distaste for costume drama – films about the past without any serious effort to engage with the difference of the past. It’s a crime against Oscar Wilde’s great admonition to Bosie. Shallowness is the supreme vice. Anyway, we have two more crimes of shallowness doing the rounds: Suffragette and The Danish Girl. Though I think they’re duds, I wouldn’t discourage you from seeing them, both are high production values period dramas and they’re both enjoyable to watch, aesthetically and/or just because it’s endlessly beguiling to look and imagine how similar and how different things were just a few decades ago, let alone around a century ago.

The latter film is also a landmark. So go see it by all means. But both suffer from dreadful political correctness. Maud, the chief suffragette in the movie is a working class woman. It’s admirable I guess that the producers went for this angle since it’s a harder sell than the usual middle-class story. The trouble is, she’s just a middle-class person playing a working class person. Carey Mulligan plays the part with a strange accent with working class sounds in it but somehow without conviction. She has a permanent smirkette on her face. Maud lives with her husband and child. You’d expect if they really were living on their own that their home would be tiny. But the film never catches any of the pressure this kind of living would have produced. They’re always comfortably away from the child when they want a chat in the kitchen.

The husband has the sexist attitudes of the time (or more likely the 1950s) but none of the body language of his entitlement as the master of the house. Likewise her relationship with her child is very post stolen generations. She loses custody of her child and this distresses her greatly and she lingers around his school to get a glimpse of him and hold him. But it’s strangely uncompelling. Perhaps that’s because it’s somehow emotionally distant. There’s no truth to the relationship. The kid never gets a clip over the ears, yet it’s hard to imagine kids of almost any class not getting plenty of clips over the ears in the early 1900s. So, to cut a not very long story short, I found it uncompelling.

I went to The Danish Girl with high hopes.

I love Alicia Vikander, but somehow this film seemed so bewildered by transgenderism that it couldn’t go anywhere near it. Here was this man and woman living together as man and wife and then one day he tried on a frock and nothing was ever the same again. Ok, well that’s a caricature but that’s how the funny business started. When the transformation was nearing completion we were told that Einar (the husband in the couple who becomes Lily) had always been like that. I’m no expert, but as I understand it, transgenderism, or the kind of transgender drive that leads to gender reassignment by surgery typically follows many years of the person being utterly identifying with one gender, trapped in the body of the other.

One can get a glimpse of the kind of movie this could have been by watching this marvellous episode of 4 Corners which presents the transgender journey (as we say these days) of three young Australians. It’s a magnificent doco of three magnificent people. As I said a while back on Troppo:

Now it can be a new year’s present to yourself. If you missed it last year, make this Four Corners doco on transgender kids the first doco you watch this year. The kids and one adult interviewed are remarkable people with a straightforwardness and clarity born of the simple courage of having to admit to themselves who they are and confronting the inevitable pain and fear it causes them and those closest to them.

Alas, The Danish Girl, can never bear to really grapple with difference. Sure enough, it seems Einar “was sure he was a woman, born into the wrong body”. (He did live for many years, as depicted in the film as two characters, but presumably, Einar’s risking the gruelling and potentially fatal surgery suggests where his/her fundamental orientation lay.)  And just so it doesn’t all seem too ‘out there’ – we’re entertaining the masses here (well the arthouse masses) – the lesbianism of Einar’s actual wife Gerta never gets a look in. Though demure in manner, she’s a strong woman who copes with what Einar has thrown at her (as it were). In fact, their journey to Paris doesn’t just allow Einar and his alter ego Lily to thrive, it allowed Gerta to live openly as a lesbian.

So there you go. This is “Guess who’s Coming to Dinner” or “To Sir with love” for trannies. Difference isn’t really difference. It’s sameness. Underneath we’re all the same. When Sidney Poitier comes to dinner he might be a bit out there that he’s black but (Phew!) he’s studying medicine. He’s really just like us. And trannies just want to get on with being just like us.

In both these films it’s as if people have landed from Planet Normal circa 1999, have quickly alighted from their space capsule, been given a quick briefing on the characters they’re to play and Bob’s your uncle.

Some good for thought here. One note: tr***y is considered offensive by a lot of people (in the same way fa***t and dy*e are), and I don’t think that’s the tone you’re intending for the second-last paragraph. “Trams people” is probably a better term.

Thanks for your solicitude Sam, I appreciate it. It’s a difficult question.

I was thinking after writing it that “tranny” is just wrong (or probably – what do I know?) – as it originates as an expression for transvestites – not transgender. You may be able to correct me.

On its offensiveness, I hope my sympathies are clear in the article. They seem to be to you. It is certainly possible that the term offends some people and for that I apologise. If it caused sufficient offence I might be persuaded to remove it, but given my visceral dislike of the way in which identity politics has come to sanitise speech, I’ll go with the street expression. I’ve certainly heard lots of transvestites in TV programs refer to themselves – with sympathy – as trannies. It’s a kind of cool word. I like it. I also liked the chapter heading of Magda S’s wonderful recently published memoirs (I’m quoting from memory here) “I am a fat lesbian”. Nothing like a bit of truth telling and directness.

Still I realise I’m taking a risk as it’s not a community I’m familiar with. It’s also strange how the sound of a word matters. I’ve certainly heard lesbians describe themselves as ‘dykes’ but never heard someone refer to themselves as a ‘faggot’. It’s such a horrible word.

Someone twitter trolled me the other day asking me to apologise for saying “niggardly”. I’m afraid I found that ridiculous – indeed, if I might say so – offensive.