Though wildly tendentious, this  piece by Monbiot is an excellent spray against neoliberalism, a subject with which your correspondent has a vexed relation. I used to describe myself as a neoliberal, but now I’m afraid due to a mixture of distaste at its excesses and the extent to which it has degraded the political imagination of the West I’m not a happy neoliberal camper.

Anyway the part that interests me is the last section of Monbiot’s piece which is introduced – a little further up in the piece – by this quote from Friedman. Speaking of the stagflation of the 1970s Friedman said this:

When the time came that you had to change … there was an alternative ready there to be picked up.

This leads into the money quote with which I agree strongly and which makes the point I was trying to make in my ‘change without theory’ posts.

There is something admirable about the neoliberal project, at least in its early stages. It was a distinctive, innovative philosophy promoted by a coherent network of thinkers and activists with a clear plan of action. It was patient and persistent. The Road to Serfdom became the path to power.

Then he says this:

Neoliberalism’s triumph also reflects the failure of the left. When laissez-faire economics led to catastrophe in 1929, Keynes devised a comprehensive economic theory to replace it. When Keynesian demand management hit the buffers in the 70s, there was an alternative ready. But when neoliberalism fell apart in 2008 there was … nothing. This is why the zombie walks. The left and centre have produced no new general framework of economic thought for 80 years.

Every invocation of Lord Keynes is an admission of failure. To propose Keynesian solutions to the crises of the 21st century is to ignore three obvious problems. It is hard to mobilise people around old ideas; the flaws exposed in the 70s have not gone away; and, most importantly, they have nothing to say about our gravest predicament: the environmental crisis. Keynesianism works by stimulating consumer demand to promote economic growth. Consumer demand and economic growth are the motors of environmental destruction.

What the history of both Keynesianism and neoliberalism show is that it’s not enough to oppose a broken system. A coherent alternative has to be proposed. For Labour, the Democrats and the wider left, the central task should be to develop an economic Apollo programme, a conscious attempt to design a new system, tailored to the demands of the 21st century.

Well yes and no. Invoking Keynes and the broad Keynesian tradition (not so much New Keynesian as we’re finding out) might be close to the best we can do to understand the macro-behaviour of the complex adaptive system that is a mixed economy. We don’t have to come up with a new theory every generation. The stuff about the environment is a pretty cheap shot too. Neoliberalism (in its serious form) has plenty to say about climate change – price emissions! I’d back it against any ‘left wing’ solution to climate change.

But the fact that those on the left of centre haven’t developed the political economy of the mixed economy – when the digital artefacts that burgeon around us are all either actual or potential public goods, when there are new global public goods and bads – think ebola. That they’ve shown so little interest in connecting the people to politics – via mechanisms like citizen’s juries. 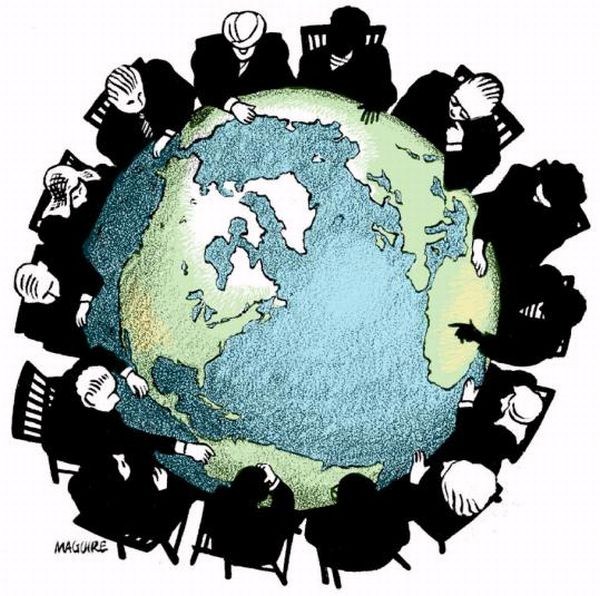 Then again one of the best explanations for why the left hasn’t done so is a neoliberal one. The left are all in positions of power. Perhaps not in positions of a lot of power, but then power is power – to be hung onto at all costs. In unions, in the media in public sector management, in academia, in political parties and their staff. Whose interest would it serve to involve the people and stop patronising and anathematising those outside the mile high walls of the inner city classes – the Ricky Muirs, Jaquie Lambies and Pauline Hansons of the world? Certainly not that of the left of centre careerists.

The left does seem rather stuck on two ‘ means’ (to the end): redistribution-cross subsidy , and regulation.
Both of these ‘means’ need ,a lot of authority if they are to be put in to real world effect.

(And individual empowerment is, I think also often seen by left ‘academic ‘authorities as literally a neo liberal, plot against ,solidarity.)

Aleix Sayle said of his Marxist parents that ” their only argument with power was that, they did not have it”.

Any ideas on alternative ‘means’ and paradigms?

Well, have a look over old Troppo posts!

No, I don’t have the faintest idea what you’re talking about …

Ken please forgive me,
I was in despair about all the ‘ words’ I have written about the resale royalty and , somehow blamed you for it.

Here’s one place to start.

Where has the left-marxist call for the democratisation of economic structures gone? Obviously will have its imperfections but seems obvious to me that any meaningful left-wing reform movement will have to try to open and democratise necessary economic relationships.

Yes, I think that’s right, but most of the models treat people’s jobs as quasi-property rights which I think is pretty disastrous. But I’m not sure of the alternatives.

all I see in Monbiot’s piece is a frustrated hunger for power. It is the old rhetorical trick of arguing that the world is in dire straights, then blame something, and then call for something else to replace the current powers-that-be. So facile, so tribal, so false. Not only is humanity doing better than ever before on any metric of well-being (life expectancy, wealth, literacy, health, life opportunities), but the label neoliberal fits modern societies very poorly. Even in the most liberal of countries, you have plenty of state-owned enterprises. The use of the neoliberal labels for trends like managerialism, which in essence is far more akin to feudalism than liberalism, is just a ruse. He is not helping.

Paul, I recall reading this when you wrote it somewhat discomforted by it. I didn’t really agree, but didn’t know why or how.

I’m OK with the criticism of Monbiot. He doesn’t offer much about how things could be made different other than left wing shibboleths.

However I think managerialism is absolutely part of the sensibility of neoliberalism. But worthy of a post all in itself. I see it as part of the culture of neoliberalism. Like Business Class. To try to summarise its cultural significance, I see managerialism as part of a collapse of the diversity of roles and functions in our society and economy into rungs on a hierarchy of power and money. Anyway, just thinking about that formulation, it’s not very good. Another go. Managerialism is the assertion of the perspectives and power of those at the top of our society – certainly in organisations – over the others together with a theory of motivation and the efficacy of managerial mechanisms that’s credulous, deeply philistine and self-serving.

Neoliberal economic policy tries to force the world into a system where it’s the people who invest that are the ones to benefit from their investment. That has never happened with the most important of all investments, education and science, because of the time lag. It kills the geese that lay the golden eggs, and promotes the growth of activity that destroys the future for our descendants. Neoliberalism is a dangerous fundamentalism.

Sufficient to say, that neoliberalist theory has only ever been an alibi for theft and that Keynesianism and socialism answer more directly the needs of people, unlike grasping, unconscious robots like Murdoch.

When they have (accidentally) allowed to work, they have increased the general good, in fact the Golden Age generated so much wealth that the oligarchy was enraged that they couldn’t just the loot the lot, without even asking, so it invented neoliberalism an insincere and unbackable promise of something better. The reality is that so much more wealth is now in private hands than previously and with wealth has come the power to disrupt the lives of millions of ordinary people who gain enjoyment from work, family etc, rather than those obsession with prestige, money and control.

Where did the left go wrong?

In not anticipating the pathology of what is today’s so called elite and the sheer drive for power that derived of it.

Doughnut economics: The hole is greater than the sum of its parts | Club Troppo

[…] – and I’m broadly sympathetic to his antipathy to neoliberalism as I indicated here and of course the diagram is wholly inoffensive, in so far as it makes […]