For he that hath … Education edition 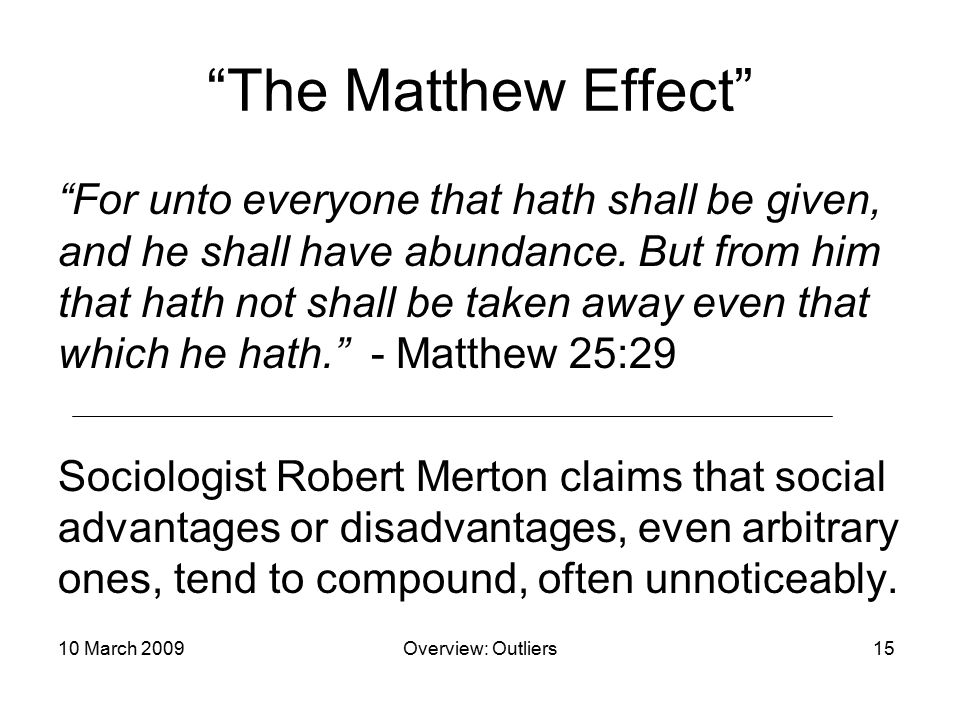 The Long-term Consequences of Teacher Discretion in Grading of High-stakes Tests by Rebecca Diamond, Petra Persson

This paper analyzes the long-term consequences of teacher discretion in grading of high-stakes tests.  Evidence is currently lacking, both on which students receive test score manipulation and on whether such manipulation has any real, long-term consequences.  We document extensive test score manipulation of Swedish nationwide math tests taken in the last year before high school, by showing significant bunching in the distribution of test scores above discrete grade cutoffs.

We find that teachers use their discretion to adjust the test scores of students who have “a bad test day,” but that they do not discriminate based on gender or immigration status.  We then develop a Wald estimator that allows us to harness quasi-experimental variation in whether a student receives test score manipulation to identify its effect on students’ longer-term outcomes.

Despite the fact that test score manipulation does not, per se, raise human capital, it has far-reaching consequences for the beneficiaries, raising their grades in future classes, high school graduation rates, and college initiation rates; lowering teen birth rates; and raising earnings at age 23.  The mechanism at play suggests important dynamic complementarities:  Getting a higher grade on the test serves as an immediate signaling mechanism within the educational system, motivating students and potentially teachers; this, in turn, raises human capital; and the combination of higher effort and higher human capital ultimately generates substantial labor market gains.  This highlights that a higher grade may not primarily have a signaling value in the labor market, but within the educational system itself.