Themes: Has too much of the OECD’s brain been eaten away to salvage? SHOCK! 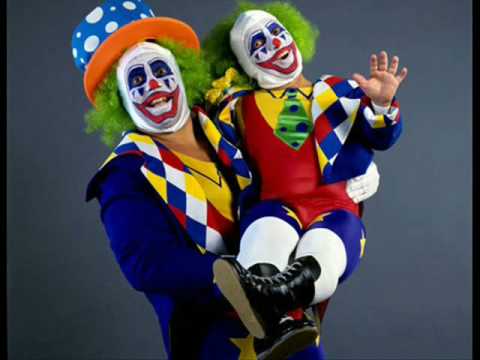 I’ve talked on Troppo a few times on the joys of ‘theming‘. Instead of organising the stimulus around a pragmatic search for all the possible ways we could expand the budget implementing all the most prospective in terms of economic expansion per dollar spent down to some level at which we stopped, we decided that it had to be ‘themed’. The theme was Building the Education Revolution, and greening our household roofs with pink batts. We had our hard hats on and choosing the theme bore some resemblance to working out the theme for a ball.

Of course one can understand that there are ‘communications’ imperatives. So you’d try to meet them at minimum cost. It would be easy to design the stimulus, look at what’s in it and theme it then – and perhaps work a little way in the other direction – the bureaucrats taking note of the government’s themes and trying to look a little harder in those areas. But the further you go down that latter path, the more you’re degrading what you’re doing with PR priorities, and the more, I’d assert you end up looking silly in the long run. And PR starts eating your brain.

Anyway, we now have a new high watermark in this practice. It’s quite a milestone because it’s not just PR infected action, it’s PR infected thinking and policy advice. I just received an email from the OECD (as I’m subscribed somehow to their emails to journalists) and the headline made no sense. “Tackling policy fragmentation: the key to getting onto a path of rapid and sustainable productivity growth, OECD says”.

“Hmm”, I thought. “What kind of policy fragmentation?” The press release begins.

Further structural reforms are needed to help the business sector boost productivity growth and overcome the key challenges of sluggish investment in advanced economies and excess capacity in emerging economies, according to a new OECD report.

All pretty standard boilerplate. After another boilerplate paragraph, things get seriously weird.

“If we want to get onto a path of stronger and more sustainable growth, we need better coordinated policies that put the pieces of our fragmented world back together in a more harmonious way,” said OECD Secretary-General Angel Gurría, launching the report in Paris. “Structural policy action will be critical to improve the incentives for corporate research and development, remove biases against equity financing of firms, and dismantle obstacles to the integration of renewables into electricity networks, to name just a few areas mentioned in the report.”

So what does the OECD mean by ‘fragmented’. What’s got more fragmented? Are we talking about fragmented markets? Is the solution more concentrated markets? Then we get this:

The report points out that fragmentation can be observed in a variety of business environments, including in financial markets where information technology and regulatory reforms have paved the way for fragmentation with respect to an increased number of stock trading venues and created so called “dark trading”. Differences in regulatory requirements and disclosure among today’s trading venues have raised concerns about stock market transparency and equal treatment of investors. Also corporations may be affected negatively if speed and complexity is rewarded over long-term investment.

Different legal regimes across countries and in the growing network of international investment treaties also fragment the business environment. National laws in different countries sanction foreign bribery with uneven and often insufficient severity, and many investment treaties have created rules that can fragment companies and disrupt established rules on corporate governance and corporate finance.

Finally, clean energy represents another important sector in which market fragmentation needs to be addressed, as overall investment in renewable projects remains constrained by trade barriers and other policies.

Policymakers should support R&D better, as it is one of the most important contributors to productivity growth. Fiscal incentives should be smarter and directed at specific barriers, impediments or synergies to facilitate the desired level of investment in R&D. Tax policies should stop favouring debt over equity finance. Governments should also promote openness to markets, including for corporate control – both between countries and within them, where domestic rules and lack of cooperation among competition authorities can often block entry.

Dark trading and fragmentation ey? Who’da thunk? Well dark trading is probably a worse thing than light filled trading. But who knew it was holding back productivity? And “Different legal regimes across countries”. Now there’s problem. Sometimes it’s regarded as a feature not a bug. At least since the Peace of Westphalia. But the OECD hasn’t yet got a blueprint for World Government so it’s unclear what is on its mind. Is it for or against the “growing network of international investment treaties”. How does it propose that the fragmentation it thinks is eating away at recovery from the GFC be addressed? Since “clean energy represents another important sector in which market fragmentation needs to be addressed” how should we address it, and why is it more important than other sectors to get the de-frag treatment?

Intrigued by this strange turn of events, in which all the same things turn up, but with ‘fragmentation’ added as the key problem, I headed to the report’s webpage. And it was all cleared up for me (emphasis added).

It is seven years since the global crisis and despite easy monetary policy, financial regulatory reform, and G20 resolutions favouring structural measures, the world economy is not making a lot of progress. Indeed, the responses to the crisis seem mainly to have stopped the banks from failing and then pushed the many faces of the crisis around between regions—currently taking the form of excess capacity in emerging markets. Productivity growth raises income per head, allows companies to pay better wages and it raises demand to help to eliminate excess capacity and improve employment. However, this element is missing in the global corporate sector. The theme of this year’s Business and Finance Outlook is fragmentation: the inconsistent structures, policies, rules, laws and industry practices that appear to be blocking business efficiency and productivity growth [emphasis added].

Anyway to raise some housekeeping matters, the Troppo collective has decided on monthly themes and starting from today the theme is “sustainability”. All posts and comments will need to be about sustainability to fit with our theme. Next month the theme will be ‘exceeding the customer’s expectations’. The schedule beyond that is:

Don’t miss our competition in the Christmas break for the post Feb themes and have your say!

* By “Merry Men”, the Troppo collective intends to include merry persons of all possible kinds and orientations.

Can I suggest that the Robin Hood theme feature the oglaf cartoon about ‘Merry Men’? It’s almost safe for work, and very, very funny. The final panel text is “C’mon man – be merry, it’s our thing”. I’m sure an economist or advertising whiz could make something of the marketing differentiation resulting in price advantage there.

Me, I’m less worried about the OECD’s confused presentation strategy for its advice than the substance of that advice. In fact the confusion probably arises from the substance.

Proponents of “structural reform” assert that it boosts productivity growth IN THE LONG RUN (whether it actually does, of course, depends very much on the specifics of the reform – that word “reform” is like “culture”; when you hear it reach for your revolver because a dishonest argument is often not far behind).

It is quite irrelevant to the immediate macroeconomic problems of most OECD members, and pushing it as a cure for those problems is definitely revolver-worthy. It’s like the advice given to the Greeks – “you handed over control of your currency to the German banks and then racked up huge debts to them, about which you lied. Now they want their money back. The solution is to privatise your sewerage authority and raise future retirement ages”.

I disagree with some things Bill Mitchell says (well, actually, many things), but he rightly savages the OECD’s history of this here .

Christine LaGarde’s brain nestled inside a cut away cranium, like lobster in its shell, neatly fried in breadcrumbs and herbs, in an au gratin sauce..mmm-mmm.

I love the OECD’s little homilies. Particularly the ones about structural reform. I think they need Roy and HG on the job. How’s this for a slogan/come mission statement for the OECD.

OECD: Where too much structural reform is barely enough.

They review countries that seem to have things pretty together, but there’s never any room for complacency. Those OECD people wouldn’t stand for complacency, now would they? … Oh wait …

hilarious. There’s of course an infinite supply of these catch-phrases. Maybe we should invent some phrases that they could pilfer in the future.

[…] of the devil. Just after rehearsing my enthusiasm (not) for all things ‘themed’, I’m pleased to record things being taken to a new level on the Opera Australia […]