Testament of youth: the book 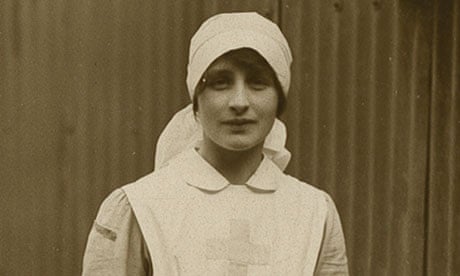 ular readers may know of my fondness for the recent film of Vera Brittain’s Testament of Youth, so I was intrigued to come upon this fantastic book on the subject. I say ‘book’ because in many ways this is how I think books should be written. It’s written on a Wordpress blog site as a series of essays. There’s essays on each of the characters, five essays on Vera’s response to her own grief (the author’s central contention was that Vera ultimately failed to adequately overcome her grief), five on the four men who were at the heart of Vera’s loss and five on various themes as well as an annotated bibliography.

The author is an historian though of another period and has clearly taken this task very seriously. No editors, no cost to you of reading the material. The author got deeply immersed in the material and over about eight months wrote out a book-length treatment of it. They currently remain anonymous though on my offering some comments on their site I received this email in return.

Thank you for your encouraging comments on my Testament of Youth website. While I have kept it more or less anonymous, I am happy to introduce myself via e-mail. …

I really appreciated your first comment, in which you described the ToY website as a form of book. It didn’t start out that way–I originally thought I was going to write only one essay on the material–but it evolved into eight essays and 75,000 words, so it is now roughly on the scale of a book! I enjoyed the flexibility I gleaned from posting the material in sections and editing each part as new information came in.

Anyway, I highly recommend the site. I’ve read about four or five of the essays and they always seem well-informed, well considered and humane. One thing that struck me is that when I read D.H. Lawrence’s novels many moons ago, I was always struck by how directly the protagonists communicate with each other. I regarded this as a kind of novelists’ shorthand way – psychologically realistic, even if not necessarily socially very realistic. Anyway, one of the inspiring things about Vera and her circle was how high-mindedly they communicated with each other, never afraid to go to the heart of things in their letters to one another.

I also recently picked up the book Vera Brittain and the First World War which is a short ‘book of the film’ by Vera’s published biographer Mark Bostridge. At the end of the first chapter appears Vera’s heart-rending poem in response to Roland’s death. The back story is given in the website’s essay on Roland Part 2 that before his death, Roland’s letters and poems seemed to be implying separation and the expectation (hope?) that Vera would move on to “another stranger” (after Roland’s death?). As the author comments, “unfortunately for Roland, Vera thought they were having a quarrel.”

Perhaps some day the sun will shine again,
And I shall see that still the skies are blue,
And feel once more I do not live in vain,
Although bereft of You. …

Perhaps some day I shall not shrink in pain
To see the passing of the dying year,
And listen to Christmas songs again,
Although You cannot hear.’

But though kind Time may many joys renew,
There is one greatest joy I shall not know
Again, because my heart for loss of You
Was broken, long ago.

The link to the fantastic book is bung.