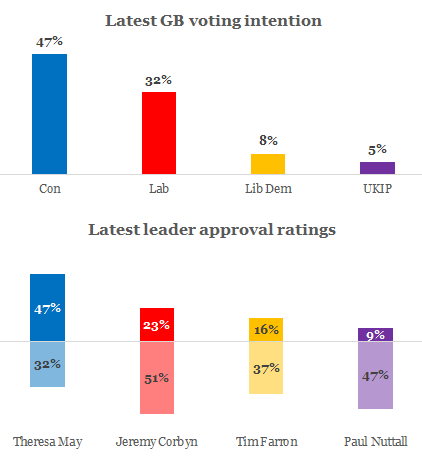 There’s a lot I don’t understand. We don’t have enough space of a proper survey but let me give you an example. Pistachios taste better than hazelnuts. Much better. And yet hazelnut ice cream and gelato are much much yummier than their pistachio equivalents. As I recall someone writing in a university student newspaper in the early 1970s “verily it is a mind fucker”.

Anyway, so much for theory. What I don’t understand is this. Brexit is a Serious Thing. It’s the most important political decision they talk about Back Home.[1. ClubPony expression for Old Blighty.]. It’s a big deal politically. And it’s a big deal for a lot of Brits. Now as I understand it, while the Conservatives and the Labour Party have been browbeaten by a 52% popular vote into supporting Brexit, which they both think is a bad idea. I began this post thinking that the LibDems were against Brexit. But on checking on their manifesto, it turns out the spin-meisters have been hard at work. They’re ‘finessing’ their position as we might say and propose a second referendum.

Moreover the UK has a very unfair first past the post system of selecting who wins seats to the House of Commons. That means that the Conservatives and Labour start from a base of at least 30% with the LibDems and other parties getting another 30%. So if someone gets to 40% of the vote they’re able to form a government.

So just as I don’t understand the alchemy by which not especially nice hazelnuts make very nice icecream, I don’t understand why the LibDems aren’t doing better in the UK election. True, if I were the LibDems I wouldn’t have that spin doctor airbrushed position for another referendum. I’d just be against Brexit – the anti-Brexit party. Can’t be more democratic than stand for a platform and then introduce it. But what would I know? I just don’t understand why all those people who were and remain horrified by Brexit aren’t intending to vote against it at the election. In fact the LibDems vote has been falling since the election was called.

Like #Srsly. Help me out here. What am I missing? And no question begging answers like “people identify too strongly with the Conservative or Labour parties”.

Let’s have a national election on ;
should we have another referendum?

No wonder their support is close to Zip.

OK take me through my thinking. There are maybe 40% of Brits who feel strongly that Brexit is a bad idea and perhaps 30% at minimum 20% who feel really strongly about it.

And they’d rather vote Labour or Conservative for Brexit than LibDems for another shot at the stumps?

As Paul says its a done-deal , for better or worse, the election is not about brexit.

No offence – i would have voted remain -your assumptions about ” feel strongly ” do not wash at all.

The Economist covered this last week in pretty good detail.

My best guess is the bad taste left behind by the 2010 LibDem-Conservative Coalition still lingers. During this period of government, the LibDems were seen as party to a lot of policies (e.g public spending cuts – policies that may be supported by Tory voters, but not traditionally by LibDem voters) that probably polarised their key voter base – who were/are mostly students and other young people. The most exemplary, and telling, example would be the increase in tuition fees in 2010, after the LibDems had explicitly said they would not raise them. Basically, the actions of the LibDems while in government completely polarised voters. In the following 2015 general election, they went from 57 seats to 8.

With hindsight, it was politically suicidal/disastrous for the LibDems. Despite some political success – their membership has increased from its lows since then, and I believe they did moderately well in the local council elections – it hasn’t, as of yet, translated into real political success and they’ve generally still languished.

So even if the LibDems may be very thoroughly Bremain, its not enough to convince voters who have largely abandoned the party.

Also, I’d go one step further and say that Brexit isn’t the definitive issue for voters in this election. The Economist article (linked above) suggests that local issues are of greater importance for voters. And with the dire state of the NHS, and some severely underfunded local councils, I’m inclined to agree. I think that the impending economic downturn is a larger issue, one that the LibDems haven’t yet capitalised on/ aren’t offering strong enough proposals here either.

Add this all up, and you get a party that, as you observe, aren’t doing that well. Hope this helped in some way.

But your response seems question begging to me. I understand that the LibDems were on the nose after their conduct in the first Cameron government. I understand why their traditional base was turned off them for the reasons you mention. I understand why many of them would have gone – presumably to Labour if the issue was fees.

My question is why all the other people – people who feel strongly about Brexit – aren’t voting for them. Just seems barmy to me, but there you go – the fact is they’re not.

it’s the regional breakdown that explains it a lot, I think. The English counties, which are more important politically than the other ones, were about 55%-45% pro-brexit. That is a large margin, enough to ensure you just wont get elected if you are against that majority. It also means Brexit is seen as a done-deal. The Leave vote has not diminished after the referendum either, it seems.

The anti-Brexit vote is concentrated in London and Scotland. Now, in Scotland they care more about other things (independence from England) and in London many Labour and Conservative MPs are already anti-Brexit, but there are just not enough of them. Lib-Dem wants to court the Stay vote without losing the Leave voters.

So why vote LibDem if your MP is already against Brexit?

I don’t follow your logic. My post was predicated on their being about 60% support for Brexit one way or another via the Conservatives and Labour.

So I don’t see why the LibDems couldn’t go for the 30-40% of voters who feel strongly against Brexit and in a first-past the post election they might be able to win it.

I realise there are regional differences, but in all those counties with 55% pro-Brexit voting, the Lib Dems have a reasonable chance if they can get people to vote on the Brexit issue. It’s not as if either Labour or Conservative are particularly attractive except in the case of the Conservatives as a party that will court the Brexit vote. That explains a fair bit of how dominant it is over Labour, but not why the LibDems are getting such a tiny fraction of the anti-Brexit vote.

What would ; We will hold another referendum ,resolve?
And the alterative; we would simply reject the leave vote, doesn’t look too good either.

I think it is simple political incompetence. The Lib-Dems and their predecessors have a long history of spectacular miscalculation (including, of course, in 2010) and they are staying true to that tradition – it is another Strange Death of Liberal England (google it).

From the day of the referendum they need to have stood out as the party of “no,no, no – this shall not pass!”. They need unequivocally to be the liberal party – including a liberal international order – and the party of the young. That’s especially so as Labour has retreated to its past.

True, this may not have helped it in its older and poorer heartland much (though don’t underestimate how effective a strong stand is in persuading people who are used to listening to you anyway) but it would have picked up seats everywhere else. Equivocating with talk of another referendum was the worst possible tack – alienating the few bigots among your voters who haven’t already left you, while appealing to none of those dedicated young europhiles angry at what their elders have done to their future.

Agreed
And to rub in the salt their position is also divisive-supercilious( in a Rick with a silent P way)
for example some parts of the UK voted for exit at 70%.

Thanks DD, I agree, though even this is still mysterious to me – it attributes so much to campaigning and spinning skills, when the facts are that voters who hate the idea of Brexit have no-where else to go. So successful is their incompetence that it’s prevented pretty much ANYONE against Brexit to vote for them it seems.

Nicholas
Who would die in a ditch for the EC?

A UK friend tells me that this may be a factor :

In 2010, Nick Clegg successfully courted the youth vote by promising to abolish tuition fees.
He said: “I really think tuition fees are wrong”, saying that this policy marked the Lib Dems out from the other two parties, who had not pledged to abolish them.

However, the Coalition government instead ended up trebling tuition fees – a policy Mr Clegg’s party signed up for.

While talking about why young people may feel disengaged from this election, the former Lib Dem leader was asked about his own broken promise, which may have caused some young voters to feel cynical about politicians.

Beats me even more than it beat me before.