Posted on September 8, 2017 by Nicholas Gruen 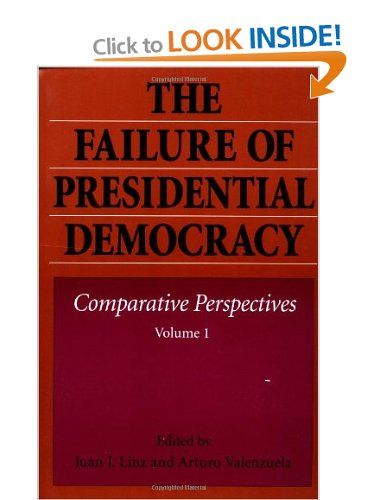 People disappointed with democratic outcomes often call for better education of the citizenry. But the democracies began, and flourished, in the nineteenth century, when people were quite poorly educated. They proved resilient and backsliding only seems to occur where democracy is not properly established.

Nearly everywhere, a choice developed between two options called left and right, represented by two political teams. The international pervasiveness of this division reflects something in the nature of human sociality. Experience has been that, over time, the sides take turns at governing.

Voting essentially consists of choosing one of the two sides every few years. If it is useful to educate the voters, professors of philosophy, political science and economics must do it better. There is no such evidence and presumably on average fifty per cent of them vote for the wrong side every election.

Education of the voters seems irrelevant. Perhaps the problem is not that voters are too dumb but that leaders are too clever. That would mean political institutions should be designed to restrict leaders’ power. This, of course, is the very purpose of democracy.

Realisations of democracy (“rule by the people”) are imperfect so flaws are countered by ad hoc measures such as term limits and powerful courts. Such measures help but the problem goes deeper.

The worst flaw is the presidential system. This is where the people elect the chief executive who then chooses the cabinet ministers. It malfunctions everywhere. It is currently in disarray, or has failed outright, in the Philippines, South Korea, Brazil, Venezuela, and Turkey. Generally in Latin America it has an appalling record. Russia and the other post-soviet presidential countries have fallen to autocrats and brought democracy into disrepute. Indonesia will succumb, perhaps soon, as will East Timor.

Compare the stability of the parliamentary system where the prime minister and cabinet are chosen by parliament. Examples are Europe, Japan, Canada, and Australasia. Designs vary and performances vary but failure (e.g., India 1975) is rare and the post-soviet parliamentary countries are also managing. Parliamentary systems tend, long-term, toward fairer electoral rules, fairer legislatures and fairer laws.

Only one presidential democracy has endured and after two centuries, the first modern democracy is still working. But not very well. It is a violent society with intractable problems of gerrymandering, crime, poverty, healthcare, urban blight, drug addiction, gun ownership, and undocumented immigration. It is also prone to manic episodes such as speculation, depression, mass sterilisation of women, prohibition, McCarthyism, assassination, prisoner torture, and foreign adventurism, which are largely absent from parliamentary democracies. These episodes brought death and sorrow to millions.

The failings of presidential countries are not caused by voters’ poor education. We could blame the leaders—as we do, always hoping for a better one—but the real problem is the political structure which permits such leadership.

Compare a structure of non-leadership: Switzerland. Parliament elects the Swiss cabinet after the four-yearly national election and mostly re-elects the same people. The cabinet chair rotates annually through the ministers. There is no leader and ministers cannot be sacked. Except for ministers, members of parliament are part-time. Political personalities are little celebrated and no party or coalition ever wins a legislative majority or a cabinet majority.

Acts of cabinet and of federal parliament cannot be challenged in court. All laws are subject to referendum if 50,000 signatures are gathered within 100 days. 50,000 is not many, so the cabinet designs legislation more with an eye to its acceptance by parliament and public than with an eye to re-election.

A stock joke is that Switzerland does not have a government, only an administration. Swiss citizens elect representatives every four years but also vote at around ten national referendums every year. The referendum result is final. Twice, the populist vote—the deplorables—prevented the country joining the EU and the well-educated said direct democracy had failed. However, since the 2008 financial crisis few regret those outcomes.

All international treaties must be approved at referendum. Switzerland has the world’s most effective foreign policy: it has not been invaded for over two centuries and has not lost a soldier to war since 1847. Surrounded by war and fascism, it stayed peaceful and free. Next door Austria, with a similar highland German culture, was in the thick of both world wars and embraced Hitler enthusiastically.

The Swiss own guns like Americans but without the problems. Switzerland has poor soil, no natural resources, no import tariffs, and open borders. Its income per capita has been one of the world’s highest for decades.

Evidently, the less leadership the better. At a minimum, democracy should inhibit demagoguery and oligarchy—which the presidential system encourages. The parliamentary system mostly copes but best, apparently, is direct democracy whereby the citizens, educated or not, get to rule and do not merely decide every few years who will rule for them.

Powerful presidents usually do not want parliamentary democracy (though Finland made the shift during 1990-2012) and few politicians want direct democracy. So the outlook is for the disorder and injustice to continue: the stable parliamentary democracies will muddle on, the USA will have its manic bouts, and the presidential countries of Latin America, Asia, and eastern Europe will lurch from one president to the next, democracy sometimes starting but never getting properly established.

The political education of citizens may be worthy but the real need is for reform of political structures, in particular the transfer of power from presidents to legislatures.

This entry was posted in Philosophy, Political theory, Politics - international. Bookmark the permalink.

22 Responses to Down with Presidentialism: Guest post by Mike Pepperday