Solidarity when there are first mover options: Bankers starting to consider their political options 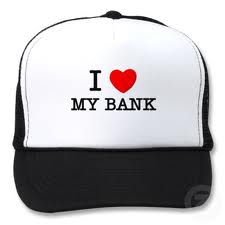 This is from Ian Rogers’ regular newsletter for the financial industry.

There may be a dash for the exits from the rowdy sanctums of the Australian Bankers Association, with more than one bank jostling for first mover advantage and any accolades from a select set of stakeholders for doing so.

Banks of different stripes are treating a respectful – or in your face – resignation from the ABA as a strategic matter of the utmost importance.

Banking Day is unaware of any resignations already notified to the ABA nor of any necessarily imminent. But it is aware of rumblings among a number of banks’ boards over governance and dealing with the most toxic internal matters that make a hasty exit from the 70 year old industry association a red hot prospect.

A divisive debate has been underway in recent weeks over a proposal championed by a subset of the ABA’s 25 members to break with past practice and select an independent chair for the 16 member council of the ABA, all CEOs.

By convention, the job of ABA chair rotates every second year, with the work shared in a strict roster among the managing directors of Australia’s four biggest banks.

Andrew Thorburn, CEO of NAB, is approaching the end of his tenure. Any slavish adherence to tradition would bring Ian Narev from Commonwealth Bank to the fore as the nominal chief spokesman for a banking industry beset by scandal – much of it seen to be manufactured or condoned by staff or bigwigs of CBA.

CBA is the subject of yet more extraordinary scrutiny by two regulators, Austrac and APRA, the latest fury in the escalating regulatory strife that has sideswiped the wider sector’s efforts to manage reputation risk.

Discussion among ABA members is framed, at least at some banks, in the context of the bank levy debate that erupted in May. This emphasised the ABA’s entrenched tendency to act as essentially a straight out representative of just four or five banks rather than 25. This recent history, along with the political hostility to new CEO Anna Bligh, are aggravating factors as banks ponder a resolution on the next chair.

Three alternate and clubby options have overtaken the notion of an independent chair.

They are: first, a longer term for Andrew Thorburn; second, bringing forward Shayne Elliott’s turn by two years; and third, roping a regional bank CEO in as chair. None of this bunch has ever taken a turn and, in any event, the regionals and some other banks operate as a separate lobby on key policy debates.

For now, all these options rank ahead of the independent chair scenario. This state of play has more than one bank revisiting the pros and cons of continuing to associate with their industry peers through an entity beset by hostile governments and distracted from its Better Banking program (which is also really only about the ABA’s most well known members).

Quitting the ABA ramps up costs on the government relations side for any bank willing to air its dissent. It also opens the path for that bank to fashion a more independent corrective to its reputation, where needed.

NAB squandered its chance to be the first to break away from the pack back in early 2011, opting to remain a stolid member of the ABA at the outset of its long abandoned “break-up retail banking” campaign.

Early movers and most of all any first mover out the door may have financial regulators and, above all, the treasurer Scott Morrison in mind when looking for recognition for their choices.