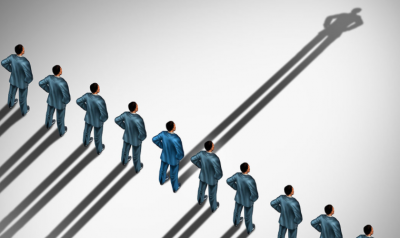 Arguing with an American ex-Australian now resident in Canada, I contested his view that, of the three countries, America is the least and Australia the most, authoritarian. In part it was a verbal difference. I was taking “authoritarian” in the established pejorative meaning: Valuing authority for its own sake often used to describe totalitarian regimes or certain personalities or cultures.

I was pretty sure that he was following an American usage that is descriptive of the degree of governmental activity in regulating daily life. But the pejorative content of authoritarian is not so easily shrugged off, especially in America where there is a widespread belief that government is at best a necessary evil. What follows is my attempt to sort out some of the issues. In any event below is the text of an email I wrote him:

I did find the distinction you mention between structure and culture very useful. I think of a social structure as a bus that is supposed to run its route by a timetable. Anybody can use it, if they accept it’s operating conditions. On the whole it is in the interests of the citizens if the bus does what it is supposed to do.

Even though it must involve quite a lot of use of authority, it is not authoritarian until running the system becomes an in in itself, imposed whether people like it or no by an authority that claims to act in a superior interest. In any majoritarian democracy, it is inevitable that some people feel that some authoritative decisions are authoritarian, but that may be a matter of a tolerable defect in a wider context.

Culture is the behaviour of the bus driver and the passengers, regulated either by explicitly accepted rules or by reasonable expectations. There are always reasons for most rules that are generally accepted as beneficial. Often the reason is simply that people don’t like to have to change their habits. Even those who would prefer a different rule at least know where they stand. That is social authority.

It becomes authoritarian when the predominant objective of enforcing or changing the rules is to control behaviour as an end in itself or for ends that are irrelevant to the particular purpose of the activity in question. Authority is least authoritarian where it maximises the appreciation of expressive behaviour that is spontaneous and unpredictable. Democracies may be authoritarian if they love regimentation and discipline or insist on religious observances in non-religious contexts.

A country may be structurally strongly regulated, but not authoritarian and in culture pretty anti-authoritarian. I think particularly of France and Belgium as I knew them long ago and of Australia in its present form.

However, what worries me about this sort of picture of national cultures is that it concentrates on national culture as a unity when in fact it has many independently developing and often conflicting strands. I want to insist that the old image of the nation as a person must be supplanted by that of an ecosystem consisting of many diverse systems and linked in a host of divers ways to the global ecosystem. More importantly still, many of those strands are developing on a global scale as both informal communications and structural practices. They are more powerfully influenced by cosmopolitan factors than by local indigenous traditions, leading to worldwide conflict between conservative and cosmopolitan forces at every level of our social structures and behaviour.

What worries me most about this situation is that the conservatives, seeing the old ways threatened, are driven towards authoritarianism. Nothing must be conceded to a cosmopolitanism seen as also unitary and authoritarian, a plot to take over the world.

I think the only way out of this dangerous situation is the diversification of authorities at every level from the local to the global and the concomitant diversification of decision procedures in relation to their subject matter, participation and sanctions. I don’t like my chances of success. We love simplicity and emotional security.