The decline and fall of Australian economics 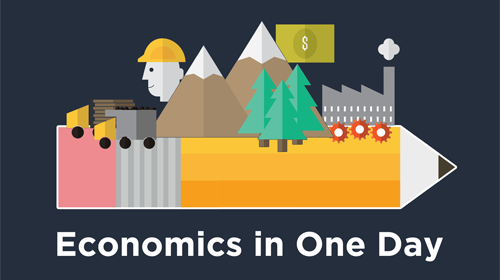 I reproduce here a fine review of what seems like a fine book. I’m not buying the book because of the outrageous price the academic publishers are charging. It’s an interesting story of practical contribution – economics as clarified policy commonsense as I like to think of it. But, along with so much else, it’s been swept away by the new philistinism managerialism. Academics are hitting their KPIs, filling in their forms, but making original contributions to Australian policy problems? Not so much.

It reminds me of something Tom Fitzgerald said in his Boyer Lectures a long time ago:

What is inspiring . . . is the example of Australian economists who arrived at independent conclusions contrary to the world orthodoxy, who invited criticism from the most eminent upholders of that orthodoxy, and, on being rejected, put their argument in an international forum, to gain ultimately a large measure of acceptance for their initial heresy.  Today they are far better remembered and admired by an eminent American economist, the Nobel Prize winner Paul Samuelson, than by any Australian counterparts.  . . .  Professor Samuelson has recently referred to them as ‘my-down-under-heroes’

If this beautiful, elegiac book does not move you to be proud to be an Australian or New Zealand economist then I fear you may need a heart transplant. A delicious little morsel at just over 250 pages, Alex Millmow’s A History of Australasian Economic Thought still manages to convey a distinct sense of what was a diverse but definably unique branch of economic thought in Australia and New Zealand. I commend Professor Millmow for this volume and recommend it highly.

The general problem with the history of economic thought, it seems to me (I am not a historian of economic thought), is the same as with all academic history. So involved in rooting out details of specific episodes and figures, it can be intimidating and apparently unnavigable for the generalist. Millmow’s book is a splendid corrective for this problem as regards the history of economic thought in Australia and New Zealand. It touches lightly on the various episodes in this history but with sufficient depth to give the reader a real appreciation for it, and sufficient orientation to it and the body of literature around it for the reader to seek deeper knowledge if they wish.

The major question one may ask of the history which emerges from this is this: what, if anything, is distinct about Australian and New Zealand economic thought? Millmow answers this question distinctly well, and one comes away from this book with a definite sense of what it was that made Australasian economic thought quite distinct. One discovers it to be largely composed of answers offered to an existential question: how do our small countries earn their living and make their way in a vast, vaguely hostile world economy?

One gets the feeling from this volume of how important the role of policy questions were for inspiring economic thought in Australia and New Zealand, all organised around that central existential question of how to survive as an economy. There was a definite feedback between practical matters of policy and the formation of new economic thought. Australian and New Zealand economic thought was, to use Robert Heilbroner’s sobriquet, a body of worldly philosophy derived by worldly philosophers made unique by their willingness to be non‐doctrinaire when considering the distinct characteristics of their countries.

This was a time before the necessity to publish became a career‐breaking matter, and Millmow’s book gives the impression that the resulting freedom allowed Australian and New Zealand economic thought to flourish as a result of its interaction with industry, government and the public sphere. The academic economists were free to spend time bringing the latest economics to bear on matters of national importance while allowing their experience in so doing to form their own thinking and infuse their own theory.

The outstanding examples of this were of course Colin Clark, who split his time between the Queensland state government and cutting‐edge academic work; Lyndhurst Giblin, serving the Tasmanian government as part of his role at the University of Tasmania; and Douglas Copland of the University of Melbourne, a key advisor to the agencies of the Commonwealth government, resident in Melbourne prior to 1927 and a substantial presence there for some time afterwards.

The concern of these men and their followers in their dual roles with how Australia and New Zealand would earn their living and make their way in a vast, vaguely hostile world would give rise to the distinct Australasian body of economic thought. This body of thought made contributions especially in, but not limited to, trade theory and the theory of labour–capital relations, but also provided the intellectual grounds for what might be called the ‘Australian settlement’ in policy.

The ‘Australian settlement’ was largely a set of institutions for negotiating the economic issues surrounding nation‐building. The Australian government, for the most part the Commonwealth government through the Commonwealth Court (later Commission) of Conciliation and Arbitration, became a sort of ‘economic parliament’ for negotiating between various stakeholders in the Australian economy which would allow the Australian economy to ‘reset’ twice in the face of existential threats, first from the Great Depression and later from stagflation. Another unorthodox feature of the ‘Australian settlement’ was a selective but unapologetically protectionist industry policy, whereby Australian economists were ready to allow protection for young industries in a young economy to exist relatively unchallenged. These elements of the ‘Australian settlement’ were a unique product of the dialogue between academy, industry, government and public sphere.

I should note that at a recent discussion of Millmow’s book at the 2017 Australian Conference of Economists, Professors Lodewijks and Coleman’s sole criticism of Millmow’s book was its apparent neglect of Australasian economic theory in favour of Australasian economic policy. I will defer to their superior historical knowledge, but that was not my impression. I did very much get a feel for what made the contribution of Australian and New Zealand economic thought to theory distinct. Again, what I found fascinating was the manner in which that core existential question of economic survival seemed to stimulate Australian and New Zealand economists to develop singular contributions to theory which offered a new perspective on eminently practical matters. These contributions very much have the flavour of being contributions, to again use Robert Heilbroner’s sobriquet, by worldly philosophers to a body of worldly philosophy. And the list of theoretical contributions made by Australian and New Zealand economists is actually quite staggering as you make your way through this work.

The multiplier, the Laffer curve, computable general equilibrium simulations, the Swan–Solow growth model, new consumer theory, the theory of second best, Hecksher–Ohlin–Samuelson trade theory, ‘Dutch disease’, the Phillips curve, the Breusch–Pagan test for autocorrelation, National Accounting, and a great deal of practically minded commentary on Keynes’s General Theory – all these originated in or were significantly added to by contributions made by Australasian economic thought. Again, in charting this history Millmow has again shown the importance of the feedback from practice to theory. Few of the seminal contributions made by Australian and New Zealand economists did not have direct practical importance for appraising economic phenomena and designing policy. Rarely does it seem that that omnipresent question of how a small economy earns its living and makes its way in a vast, vaguely hostile global economy wanders far from Australasian economists’ minds.

Millmow’s splendid book thus does convey that indeed there was a distinct and unique branch of economic thought in Australia and New Zealand. It was unusual, the product of ongoing engagement on the part of the academy with industry, government and the public sphere and organised around the practical issues surrounding a small economy earning its bread and providing for its people by trade. It often deviated from the orthodoxy because of the distinction of the problems it was considering relative to those considered by the orthodoxy in older, established industrial powerhouses.

This all changed, of course, towards the end of the twentieth century so that, as Coleman is quoted as saying, ‘there is no Australia in economics any longer. Australian economics is at an end’. It is a matter of opinion whether these changes were a Bad Thing or a Good Thing. But what Millmow has shown in his splendid book is that Australian and New Zealand economics did exist, it was definably unique, and it was at the very least very interesting. Is the future to yield a resurgence of Australian and New Zealand economic thought by a new generation? Is there to be a re‐engagement by a new generation of Australian and New Zealand economists in the universities with the non‐academic world? I don’t know, but for the sheer interest of what happened when that was the case in the past, which Alex Millmow has excellently described in this splendid little book, I hope so.

Nicholas
A bit off topic , have you read this piece on Kieth Hancock ?https://ceh.environmentalhistory-au-nz.org/wp-content/uploads/Discovering_Hancock_1999.pdf