Posted on February 3, 2019 by Nicholas Gruen 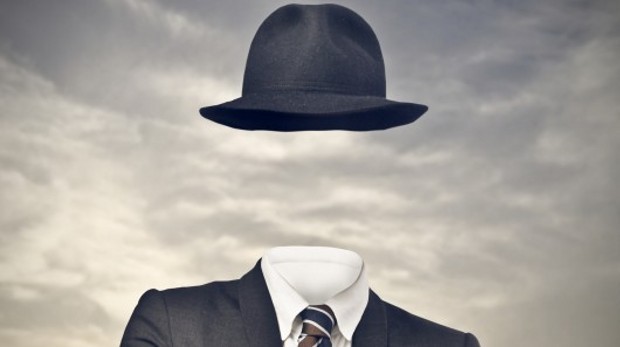 It’s impossible to avoid misjudgements in life or to get all one’s predictions right. But should economists get caught out quite so often?

Paul Krugman is honest and self-critical. So he’s up for identifying what economists missed about globalisation – including himself.

Of course, everyone’s wise in hindsight. Still, Krugman keeps reporting that economists ignored things that were … kind of obvious.

For one person to miss something is a misfortune.

But a whole profession doing it, again and again, seems like carelessness.

I’ve previously locked horns with Krugman regarding his own tolerance of economists ignoring things that were staring them in the face — about which more shortly.

In any event, Krugman was in Melbourne recently to give an informative and enjoyable lecture in Max Corden’s honour (watch below).

One of his central points was to defend trade theory against ignorant critics.

As he pointed out, although some critics accuse economists of arguing that free trade is good for everyone, that’s not economics speaking, but certain economic zealots pushing a barrow.

Standard trade theory suggests that freer trade will generate winners and losers. If imports decimate an industry, investors and workers in that industry will suffer harm. This is inter-industry trade expansion such as we’ve seen in Australia recently with increased imports of cars wiping out Australian car manufacturing, paid for by increased exports — mostly of iron ore and other primary commodities.

This was the trade that was implicit in economists’ models. But as Krugman points out, economists started realising that something else was going on from around the 1960s on.

The fog of clear thinking

If you think clearly — well you kind of just miss stuff. And it turns out that this clear thinking — which, of course, all your best colleagues are doing — leads them to miss stuff too. Even more worrying, they miss exactly the same stuff.

Here’s Krugman explaining how economists twigged to new realities of trade from the 1960s on:

“If you look at where trade was growing, it was growing within Europe at the time and between countries that look quite similar. It was intra-industry trade among similar countries.1 What was that about? Actually, that was an interesting thing because it was really very hard for people to … It was very hard for economists with formal models to even talk about that. For a while there, there was an advantage to not being, not thinking too clearly because if you didn’t think too clearly you could say, “Oh yes, obviously there’s advantages of large-scale production and you can produce a smaller number of products at large scale, export those, import other stuff.” But then economists would say, have you modelled that in general equilibrium? How do I handle the market structure? I can’t do that so it must not exist. Well, actually, we managed to pull that together.” (Emphasis added).

I’ll expand on the invisibility of intra-industry trade shortly, but Krugman is on his way to explaining another disappearing trick.

The 1990s saw the transition from Pax Americana to Pax Sinica, with the most populous and fastest growing country in the world, China, exporting its way to prosperity. And this intensified inter-industry trade with all its disruptive potential.

But isn’t it kind of obvious that, once China gets in on the act in a big way, the magnitude of things is going to change and that, with China’s very different labour costs, a lot of the trade expansion will be inter rather than intra-industry trade?

There was a further problem.

As we’ve known since at least the early 1900s, when Alfred Marshall documented it, manufacturing industry is very regionally specialised. So that means that, even where impacts are small at the national level, they can be very damaging for specific towns and regions — as it was for Hickory, North Carolina faced with a surge of Chinese furniture imports.

Krugman acknowledges his own failure to anticipate this.

“Having been a participant in a lot of the debates about trade and wages in the 90s I can say … I certainly missed … I wasn’t thinking at all about the dynamics of rapid change.”

So good on him. And I’m not particularly critical of him for not foreseeing it. He’s a busy guy writing two op-eds a week — #Srsly! — but he only does that in his spare time. His main job is thinking about stuff, and he happened to be thinking about other stuff. No-one can think about everything.

One can’t ignore the dynamics

But I am critical of him for is for his continuing complacency about his profession.

Note how he says he and his fellow economists weren’t focusing on dynamics. Well, it was those dynamics that the community was anxious about — they’re really everything in the political discussion of trade.

Krugman wasn’t thinking about dynamics because he was doing ‘comparative statics’ or comparing one long-run state with a counterfactual long-run state. And that was because that’s how trade theory has been built.

That great prize of modelling imperfect competition in ‘general equilibrium’, for which Krugman got another Great Prize, wasn’t the most important thing we needed to know about trade. Indeed great economists of the past had warned us it was unlikely to tell us much — warnings which were vindicated in hindsight. But that was what floated the discipline’s boat.

As Keynes famously said regarding similar problems in macro-economics (and some readers may not be familiar with the whole quote):

“The long run is a misleading guide to current affairs. In the long run, we are all dead. Economists set themselves too easy, too useless a task if, in tempestuous seasons, they can only tell us that when the storm is past the ocean is flat again.”

Reflecting on whether or not economists should have considered the dynamics of change Krugman says this:

“I think I can say with a fair degree of confidence that basically, nobody was, that this was just not the way that economists were thinking about the issue. We were thinking … in terms of long-run equilibrium models, which seemed reasonable but was actually missing a lot of what was going on.”

So, things that were both obvious when you thought about them even informally, and obviously important were invisible. They were invisible to a whole profession and … well, you can’t make an omelette without breaking eggs. I guess that’s clear thinking for you.

To show you this invisibility trick in all its glory, here’s Krugman’s Nobel acceptance speech commenting on his theorising about intra-industry trade and the importance of industry-specific economies and scale and specialisation in driving trade:

“You may think all this is obvious, and it is — now. But it was totally not obvious before 1980 or so — except for some prescient quotes from Paul Samuelson, you really can’t find anyone describing trade this way until after the theory had been laid out in mathematical models.”

“And you should bear in mind that economists have been thinking and writing about international trade for a couple of centuries; to come along and say, “Hey, we’ve been missing half the story” was a pretty big thing.”

As I wrote in my article on Krugman’s reaction to my speech launching Max Corden’s memoirs:

“For all his brilliance, I’m repeatedly shocked at Krugman’s complacency regarding his own discipline”.

What could Krugman possibly mean when he tells his Stockholm audience that “the plain English version” came after his theory?

What’s his response to the list I mentioned in my speech?

I’m genuinely baffled, given Krugman would be familiar with most if not all these authors.3

There were plenty of canaries in the coal mine regarding the China Shock. They just weren’t giving seminars in the economics departments of the Ivy League.

All of this reminds me of Robert Solow’s devastating observation, “Sometimes I think it is only my weakness of character that keeps me from making obvious errors”.

Solow was a passionate believer in an older style of economic thinking, in which formal analysis developed in close dialogue with — and ideally was enveloped by — close discursive reasoning, though in the passage just quoted he was speaking about the pull of left and right wing ideology.

Still, sometimes I think it’s Paul Krugman’s and his professions ‘clear thinking’ that leads them to make obvious errors — at least until after the event.