How can the University of Queensland recover from the Drew Pavlou affair? 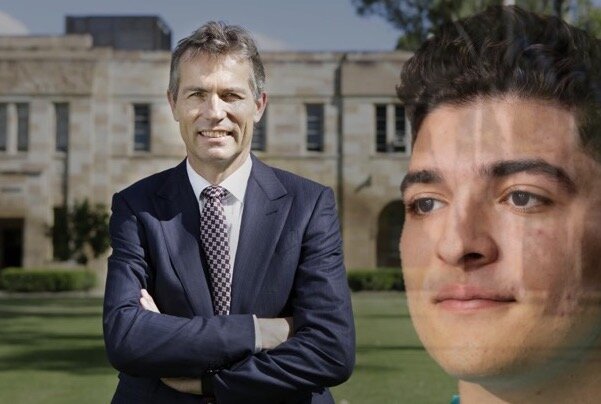 The management of the University of Queensland, and in particular Peter Hoj and Peter Varghese, stand condemned today by the international media, by both Labor and Liberal politicians, by both left-wing and right-wing Australians, by its own students, and by the powerful pro-American lobby. That management unleashed a shit-storm on itself today by its decision (via a kangaroo court) to suspend Drew Pavlou for 2 years and thus oust him as student representative on the UQ Senate, as well as make it impossible for him to finish his studies.

I have talked about the intricacies and wider politics of this case before, and in a recent comment I analysed the particulars of the shit-storm and how UQ management has effectively already admitted defeat. They’ll back-track on Drew.

Here I want to talk about how the University of Queensland, where I worked for more than 6 years and where I still have friends and colleagues, can truly recover from its current shame. Let’s first scope the full extent of the scandal and then the two paths the university can now take: a cosmetic make-over that will leave the corrupted structures in place and will hence just mean another scandal in 5 to 10 years time, or a radical clean-up that would restore UQ as a place of learning and debate. Obviously the cosmetic make-over is the far more likely course of action, but the radical clean-up is the better course of action in the longer run, so I want to sketch that one too.

Let’s first think about the scope of the scandal. Being condemned by the whole of the Western world, exposed as a place that has totally lost its values and its way, is no small matter.

The current condemnation is much bigger than the one around the corruption scandal with the previous vice-chancellor, Greenfield, who secured his daughter an undeserved place in the medical school. That scandal opened the way for Peter Hoj who promised to clean the place up but, instead, joined in with all the shenanigans. He set up an internal police to subdue any dissident academic and student voices, a police force that wrote the 186 page report on Drew. He looked after Greenfield in retirement via helping him with lucrative commissions and board positions. He set up even more management layers than UQ already had, and, as many now realise, sold out completely to the Chinese Consulate.

Within a few weeks or so, I think the following picture of UQ management will be shared by Australians in general, including the citizens of Brisbane:

I think all this will be publicly known soon and accepted as the lay of the land, seen widely as a problem that should be fixed. There are much deeper problems though for the University of Queensland, extending far beyond the current management group, which will not be so visible and hence will not be part of the thing that is asked to be fixed. Those much worse and deeper problems are listed later on.

Now, the cosmetic solution to these five visible problems is to scape-goat Peter Hoj, get rid of any overly visible Chinese Communist Party influence on the UQ campus, and otherwise continue to pretend UQ management is not bullying its academics and students into continued submission.

That cosmetic makeover would minimally mean taking away the honorary academic title given to the Chinese Consul-General, a man with a background as a police officer, not an academic. It would mean promising to get rid of the Confucius Institute on campus as soon as is legally possible, while reducing its power over UQ academics and students immediately. This would entail not letting that Institute decide on the content of course material, getting some outside academic group to judge the content of China-related courses, and actively outlawing violent pro-Party activities on campus.

Otherwise, not much would change except for small adjustments in personnel and rhetoric. Hoj and Varghese out, replaced by a “fresh team” of people who can be trusted to keep happy all the current interest groups who have their claws in the place. The new team would come in with lots of promises and noise, announcing to do lots more “human rights initiatives” (like those “Paris principles” UQ just signed up to), meanwhile doing the exact opposite, just like Peter Hoj himself when he arrived there about 8 years ago.

Behind the scenes in this scenario, UQ management, and particularly its next vice-chancellor would try and patch up relations with the Chinese consulate as much as possible to still attract new Chinese students, though of course also trying to diversify the foreign student portfolio. So they wouldn’t say anything negative about the Consulate but simply talk of “taking away any possible impression that…”, “representing various views on campus….”, “fully respecting free speech of course…” and all the other blabla that comes with saving face.

An on-campus police would continue to exist to terrify the UQ academics, who have been understandably silent during the whole Drew Pavlou affair, totally cowed and intimidated as they have been for years. There would certainly be no return of free speech for academics, though students would be allowed a bit more leeway.

This has got to be the front-runner in terms of what happens next at UQ: an embarrassed Brisbane elite organising a cosmetic make-over for UQ, meanwhile ensuring little really changes. It is politically the route of least resistance.

What would a complete overhaul mean? To see what it would take, one needs to realise some of the deeper problems that now exist at UQ: 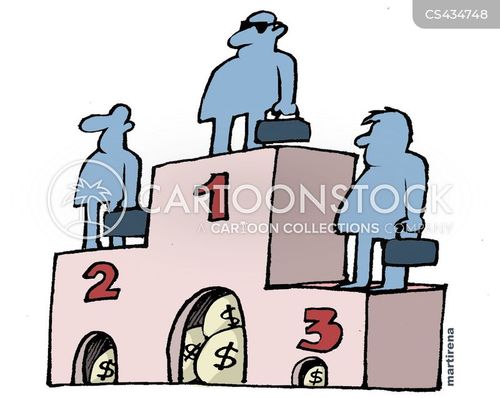 In short, UQ management is but the tip of the ice-berg of a totally corrupted system that encircles and constricts the University of Queensland. The corrupt network encircling it includes top-politicians, property developers, former UQ-managers, interested professional bodies (lawyers and medics in particular), and others. This is exactly the group that would normally decide how to actually “clean up” the University of Queensland in the Drew Pavlou affair.

I hope you can thus see why it is so unlikely that the present scandal will lead to a true clean up of the problems with the university and why hence a cosmetic make-over is so much more likely: most of the big movers and shakers in Brisbane have a lot to lose from a real clean-up. They might make room for the pro-American anti-CCP lobby that wants CCP influences gone from the UQ campus, but that’s not the same as letting go of their investments entirely. And the anti-CCP lobby has no real stake in cleaning up local corruption. Their interest is not the university community in Queensland. Not their fight.

Let’s dream a little though and think of some of the moves needed to truly clean up UQ.

Obviously, it would need a whole team to come in, breaking down a lot of the previous control apparatus and working its way through new institutions and habits on campus. It would need unprecedented powers to sever previous contracts, including labour contracts (think of those police enforcers!), and to re-arrange the campus physically (those dorms!) and intellectually (those ethics rules!).

Frankly, such a thing could not be contemplated without real backing from the very top of Queensland and Brisbane politics. They would have to enact laws specifically designed to make the clean-up possible, such as breaking up many of the property deals and other legal obligations that would keep UQ in the mud. These politicians would have to own the new narratives and be ok with the new scrutiny that they themselves would fall under if a real university would once more arise in Brisbane.

This is basically unimaginable at present. Though I desperately want it, I can’t see it as a remotely realistic option. There is no appetite for it that I can see in the Brisbane elites, as one can gather from the quickest of glances at how the Brisbane Times is reporting the Drew Pavlou case.

The underlying problem, which is that of a totally corrupted layer running UQ and having many unseemly relations with big interest groups in Queensland, will thus probably persist and will ensure new scandals in the future as the next group of leaders becomes just as arrogant and dictatorial as the current mob. That machismo will inevitably over-reach itself, as it has done the last two administrations, leading to the next scandal. It is in the nature of local dictators to push the boundaries of their fiefdom, convinced of their own greatness and invincibility, till they run out of luck.

The previous vice-Chancellor Greenfield came up against the medical profession that resented the dilution of their educational reputation by having entry into the medical courses corrupted. Peter Hoj came up against an energetic innovative campaigner serious about human rights, who to his own surprise was backed up by powerful interests. So in both cases, an insular UQ management mob came up against the reality of outside forces they underestimated because they had gotten away with so much previously.

The next mob will surely be just the same, so it will be a cosmetic makeover followed by repression and corruption as usual for the next few years. It will remain painful for any real academic to be at UQ. But at least I now do think they will get the pleasure of more robust student protests on campus. Maybe those students will start to do the research and investigating that the academics are prevented from doing? Now, there’s a thought….

And what will happen to Drew Pavlou? They’ll reinstate him, hope he finishes his studies soon, suffer his antics whilst grinding their teeth, count the days till he leaves UQ, and then build him a statue once he is gone and can no longer actually bother them.

62 Responses to How can the University of Queensland recover from the Drew Pavlou affair?