If we tolerate this, our children will be next … Guest post by Dennis Glover 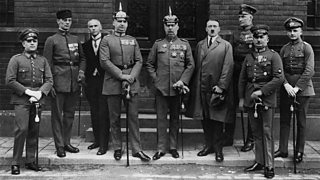 Question: Given that history repeats, what year is this?

Fifteen months ago, when Donald Trump’s rag-tag militias stormed the Capitol building in Washington D.C., I thought for a moment we might be living in 1923, witnessing the rebirth of western fascism. Such were the similarities with Hitler’s putsch of that year. Six years more, I thought, and we’ll be in 1929 at the start of the Great Depression, and then just one more low, dishonest decade to global war.

History repeats, but maybe faster than we imagine. When President Putin’s divisions invaded the Ukraine some fifty days ago, my mind was instantly back in 1936. Just as Putin has tried to do, elements of the Spanish Army led by General Francisco Franco, attempted a coup against the liberal Spanish republican government, thinking its military takeover would be fast and surgical. When it failed to succeed overnight, an attempt was made to quickly overwhelm the major cities, including Madrid and Barcelona. The republican defenders dug in and fought stubbornly. The attacks were beaten back, with fierce fighting on the outskirts of the cities. Territory changed hands several times until the cities were saved – for a while.

Is this starting to sound familiar? 1923 became 1936 in no time at all. But the historical resemblances only get worse.

Supplied and piloted by mercenary flyers from Nazi Germany and Fascist Italy, the Francoist air force bombed republican-held cities in a brutal terror campaign. The dead bodies piled up, including the dead bodies of children. This gave birth to an evocative image: A poster featuring the photograph of a dead child against the backdrop of a formation of bombers, and below it the following: ‘If you tolerate this, your children will be next.’

Music lovers may recall that the British rock band the Manic Street Preachers made that slogan it into a hit song in the late 1990s.

This seems to me the depressing but empowering message for our times.

Despite the return of these horrors from the past, history provides reasons for optimism. In 1936 when the leaders of the Spanish Republic – the celebrated Volodomir Zelenskys of their day – asked the onlooking democracies for military assistance, they were turned away. Taking refuge in ‘even-handed neutrality’, the democracies imposed a weapons embargo on both sides. Given that the Francoists were being openly and lethally aided by Hitler and Mussolini, this meant a one-sided blockade of the republican side, forcing it to rely on assistance from Stalin’s Soviet Union and volunteers from across the world, who became known as the International Brigades. This imbalance of military capability condemned Spain’s democracy to slow, eventual defeat.

Fascism was emboldened. The children of Poland, Belgium, Holland, France and Britain were next.

It seems, though, this time the world has actually learned something. Something vitally important. In the Ukraine, the aggressor has – so far – been repulsed because the democracies have armed the defenders, and armed them well, with weapons far superior to those being used by the enemies of democracy. Even our own country, so far away from the fighting, has stepped up, providing troop transport vehicles along with missiles and other weapons. Maybe, just maybe, now that push had come to shove, our own, much-maligned democracy is showing resolve, foresight and courage.

Then came the next, terrible news. As the defeated Russian forces pulled back from the outskirts of Kyiv, the bodies started emerging from pits and basements in the charred streets, hands ties behind backs, a single bullet to the back of the head – execution Nazi and Soviet style in places like Babi Yar and Katyn.

The bombing of cities and the deaths of innocent civilians, including children,  are horrible but sadly inevitable consequences of modern warfare. But the rounding up of opponents for calculated mass execution is another thing altogether: genocide.

This re-run of the 1920s and 1930s has to be stopped now – before we see a re-run on the 1940s and all that entails. If that sounds fanciful, then the events of the last fifty days tell us that it is not.

As you read this, the same bombings and executions are likely continuing in the parts of the Ukraine still contested and occupied by Russian troops. The lessons of history lie before us in full view. Vladimir Putin must not be allowed to get away with this. President Joe Biden’s characterisation of him as a war criminal is correct, as is his call for Putin to be removed. Walking that statement back is a mistake, no matter what America’s allies might say. The embargoes of Russia must be maintained until Putin is removed by his own people.

This is the reason why we must still teach history in our schools and universities. It gives the chance to learn from the simple, inexorable law of that discipline: History always repeats. We have the chance to stop 1936 turning into a repeat of World War Two, by being tough now, when toughness will work — as Volodomir Zelensky keeps urging us.

Because if we tolerate Putin, our children will be next.

Dennis Glover is a Melbourne-based speechwriter and author. He is author of two novels: The Last Man in Europe and Factory 19.

It could have no real parallel if the Putinator decides a few tactical nuclear weapons might change the game a bit. One might wonder what the appropriate response would be.

Indeed, that will certainly put the cat among the pigeons and concentrate the mind — though it may be too much to hope that it concentrates the right minds.
I was thinking that NATO should commit to enforcing a no-fly zone in Ukraine against Russia — and effectively doing all it can to ensuring Ukraine wins its war — in the event that Russia uses nuclear weapons in Ukraine, but that that should be communicated to the Russians confidentially rather than via a megaphone to try to avoid any loss of face for Russia.

The Nazis only got to power because Bruning adopted classical economic policies. Even Hayek recanted on his support for them.
without worsening the great Depression the nazis would still have been but a blot of the political scene

Not Trampis
Reply to  Nicholas Gruen

Nick you are getting splinters from sitting on that fence!!