Architecture and beauty: some thoughts 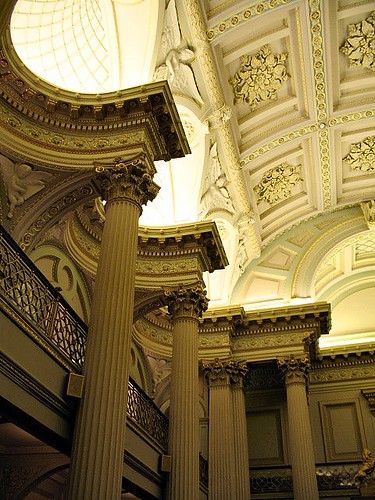 A few weeks ago I spent an afternoon in the Victorian Parliament building discussing regulation and, though I think I’ve looked in it quickly before, I was completely blown away by how magnificent the Legislative Council is.  I mean just take a look at those pictures.  And it reawakened some pondering I’ve been doing for a long time.

This is a pretty interesting question I think.

One clue that I got was when I was at a roundtable put on by the Victorian Competition and Efficiency Commission on liveability.  After lots of discussion about ‘metrics’ for capturing livability, I mucked up a little and said that I hadn’t heard anyone mention the idea of beauty.  This was not regarded as a very helpful comment and it nonplussed several people at the roundtable. They said that people disagreed about what was beautiful, and after a little perseverence from me and some face saving gestures from one of the hosts, including the offer to mention the word in the report, the issue was politely dropped.

On thinking about this at least for me this seems to encapsulate some real failure of the elites that run our society. This was an elite gathering.  Full of economists, social planners of various descriptions, a writer and an academic or two.  The group was chosen for its breadth. All of the rest there would have had tertiary education and most of them were relatively senior.

But building a city to be beautiful, well that was pretty esoteric stuff.  My sexuality wasn’t questioned.  Indeed, everyone was very polite.  But it was a little as if I had said that it is impossible to have a great city without a giant statue of a camel.

So what is going on?  I think what is going on is that the things that a government might plan or impose on its citizenry require some kind of ‘objectivity’.  So they emerge from accepted processes which meet various objective standards of integrity, due process including the introduction of appropriate expertise.  An architect might be involved, and that might give you at best a bit of bolt on beauty. But an architect is mostly there as a building and design expert.  You might get a lovely building out of it, but the chances of that are slim indeed.  What will be got is someone’s credentials on a certificate saying that this structure was designed by a 100 percent muesli eating architect.

So this is my first take out. Well it’s my first assertion. A healthy society has an elite (well we haven’t yet found any society without an elite so I haven’t said anything so far).  And one of the social functions of the elite is to be the carrier, the guardian and steward of some conception of beauty.  I’m not talking of anything metaphysical here. I’m talking of the fact that it’s very very hard to find a Parliament House or Congress building, an art gallery or even a railway station built over 70 years ago that isn’t lovely.  And most people who were not in the elite bought into this beauty also.

You may think I’m overdoing the ‘elite’ bit here. Perhaps I am.  I’m certainly not trying to idolise the elites of the past who spent most of their time protecting the power they had, coining the cash and tossing a few pennies at charities.  Even so, there are no large scale civilisations that I can think of that did not place beautiful and exquisite objects at the centre of their symbolic and ceremonial life.

Except ours that is. 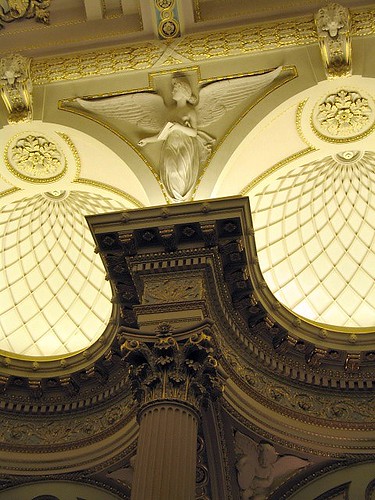 This entry was posted in Art and Architecture. Bookmark the permalink.

25 Responses to Architecture and beauty: some thoughts